New weather system expected as ‘Ofel’ skirts out of PAR 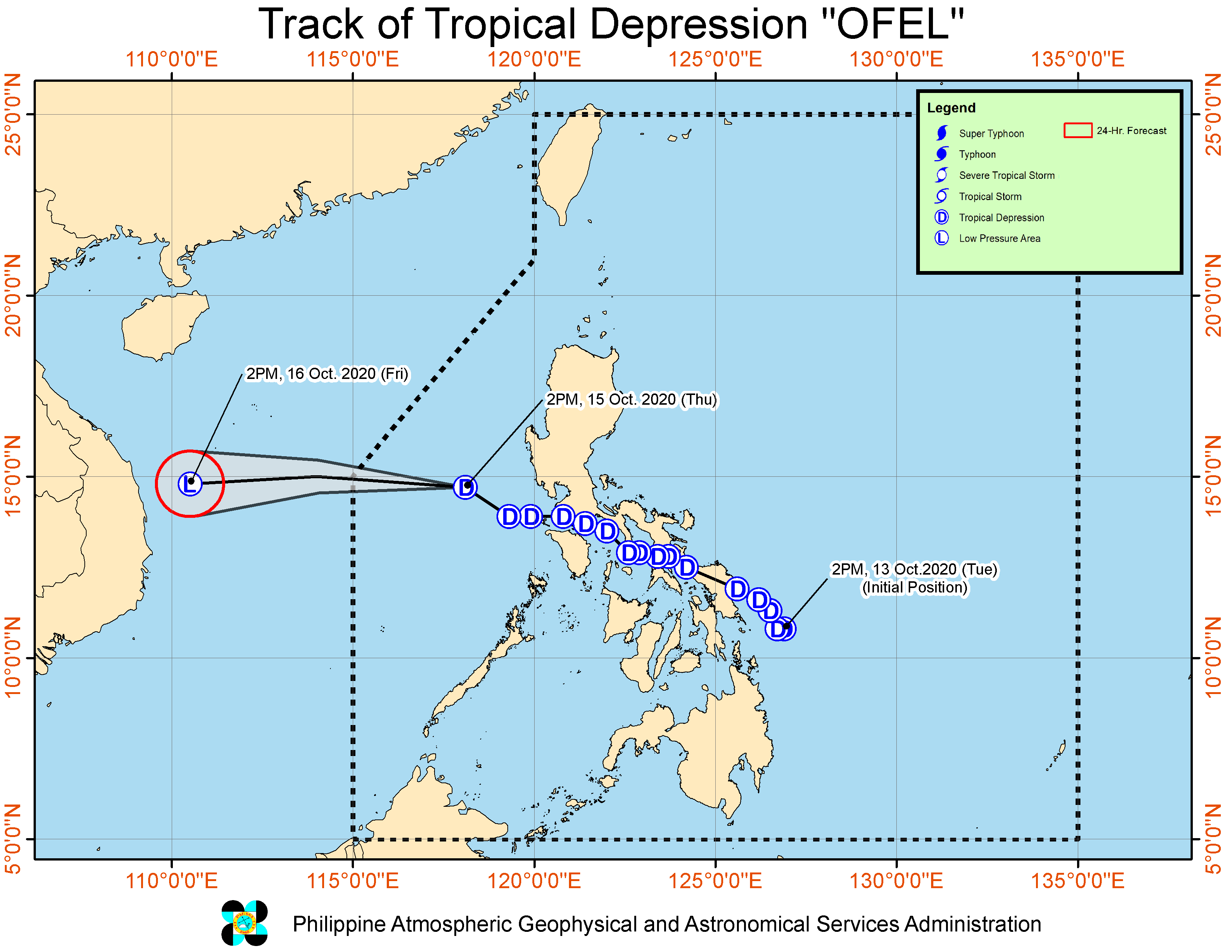 Forecast track of Tropical Depression Ofel as of October 15, 2020. (Pagasa)

CEBU CITY, Philippines — While Tropical Depression Ofel continues to head out of the Philippine Area of Responsibility (PAR) rains may continue until next week as the state weather bureau notices another weather system forming east of the country.

As of 3 p.m., the center of Ofel was estimated at about 275 kilometers west of Tanauan, Batangas while maintaining strength of 45 kilometers per hour (Kph) and gustiness of 55 Kph.

“We are expecting that it would weaken into a low-pressure area (LPA) within the next 12 to 24 hours,”Delfin said on Thursday afternoon.

Delfin, however, said the gloomy weather over Metro Cebu and the rest of Central Visayas might still persist due to the southwest monsoon or habagat.

The forming weather system at the eastern side of the country, Delfin added, would likely affect Central Visayas when it would enter the PAR.

Pagasa, during its climate outlook forum for the Visayas on Thursday, also warned about the sectoral impacts of the prevailing La Niña in the country.

The weather phenomenon, which was declared by the state weather bureau last October 2, is projected to last until the first quarter of 2021 and is expected to increase the number of weather systems that may enter PAR in the said period.

During the torrential rains in Metro Cebu last Tuesday alone, Pagasa has recorded 81 mm of rain. The total rain volume of rain for the first half of October is already at about 78 percent of the average rainfall volume for the month.