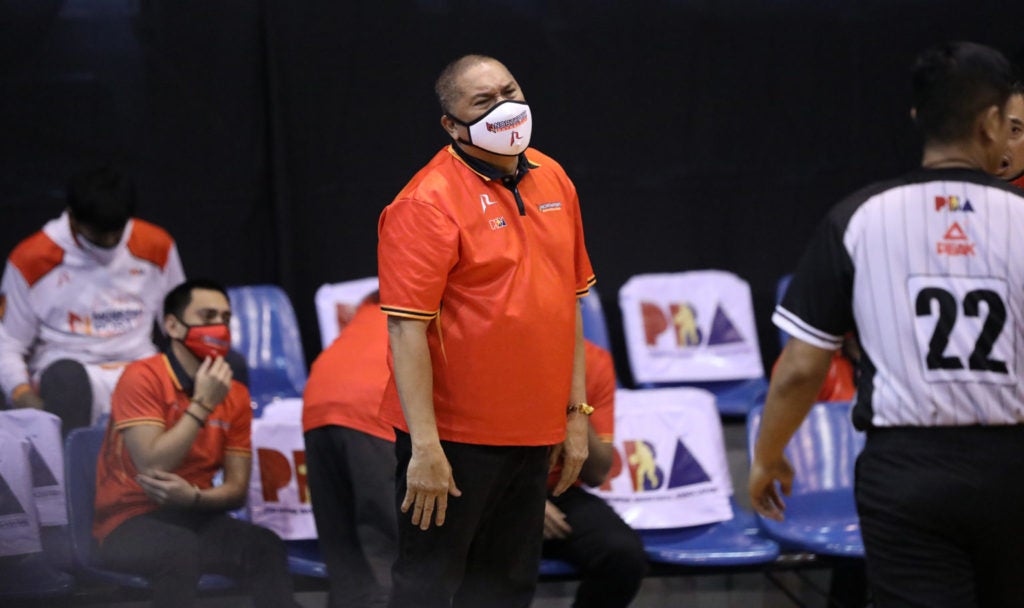 ANGELES CITY — Philippine Basketball Association (PBA) commissioner Willie Marcial said he has decided to relieve referee Sherwin Pineda of his duties inside the bubble following his controversial whistle in the waning moments of Rain or Shine and NorthPort’s match on Sunday night.

Pineda, who Marcial regarded as one of the leading referees the league has, will be sent home back to Manila in the coming days.

“It was a wrong call, period,” said deputy commissioner and the technical committee’s head Eric Castro, who joined the PBA chief during a quick exchange with reporters here.

Pineda called a foul on NorthPort’s Paolo Taha with 1.3 seconds left in the game, sending Rey Nambatac to the free-throw line. The third-year guard sank both shots, eventually giving the Rain or Shine a 70-68 win, the team’s third straight in this tournament.

The loss, meanwhile, was the third in as many games for the Batang Pier and Pido Jarencio, who was visibly incensed even after the game.

“The refs don’t decide the game,” Jarencio told the Inquirer just before returning to Quest Hotel, the designated quarters.

Marcial’s decision stays true to his continued thrust for accountability even despite the extraordinary conditions that the PBA has found itself operating in.

In fact, two referees, whom the chief declined to identify, are currently serving their respective suspensions.

The league brought a total of 16 referees for the compressed Philippine Cup. With Pineda out, the league will have to make do with its current roster of game officials.

Marcial said the league has three more referees on standby in Manila in the event the PBA deals with a shortage.

They, too, will be subject to the mandatory screening imposed by Clark Development Corporation, one of the prime parties responsible for mounting the competition bubble.