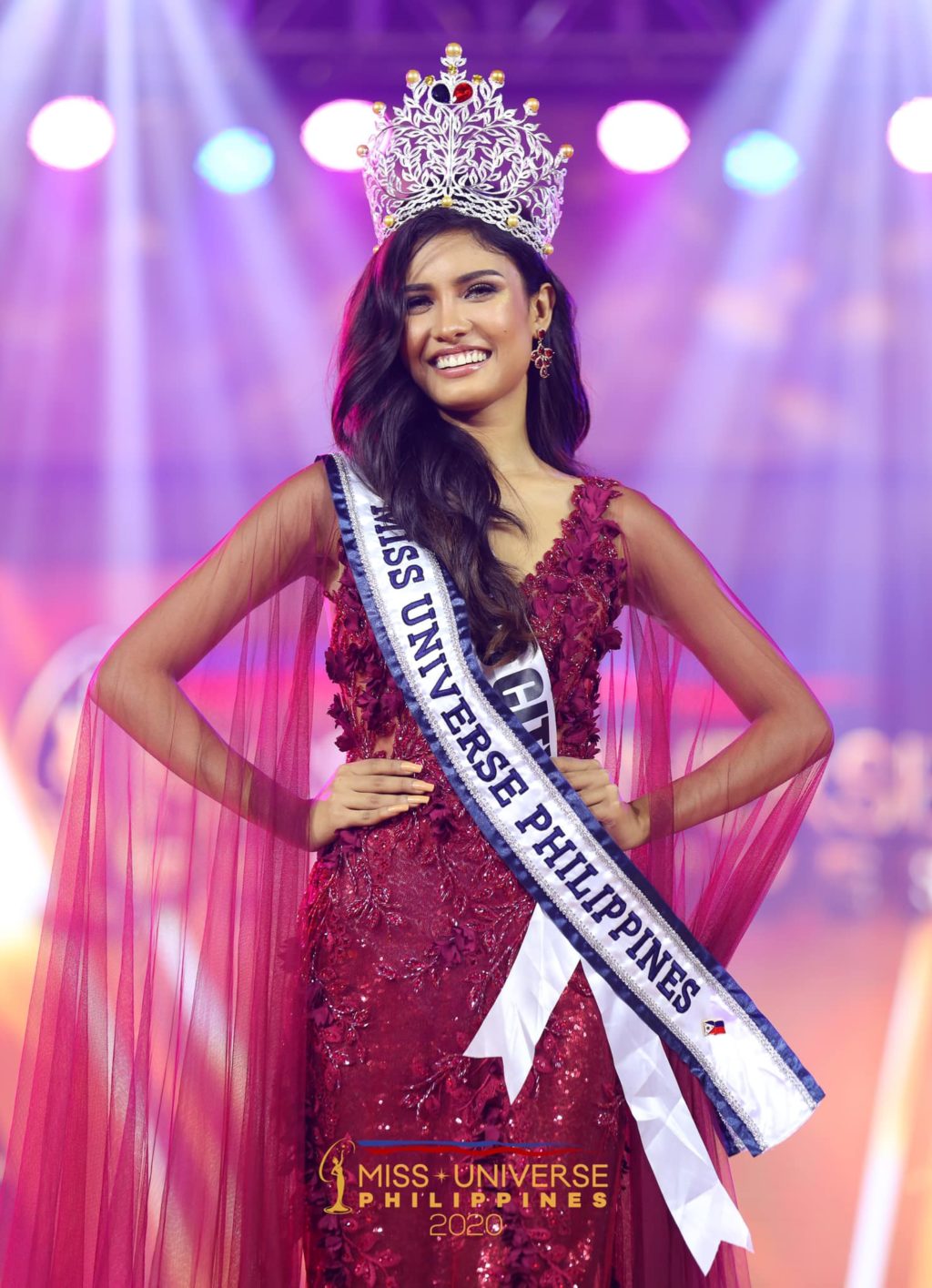 The prestigious pageant was held at the Baguio Country Club today, October 25, 2020.

The 24-year-old Ilonnga bested 45 other candidates.

Aside from her elegant look and her confidence, Mateo stood out among the other candidates as she bravely answered her final question.

“If you could create a new paper currency with the image of any Filipino on it, dead or alive, who would it be and why?”

She answered with her head held high and honored another famous political figure from Iloilo, Miriam Defensor Santiago.

“If I were given the chance, I want to use the face of Miriam Defensor Santiago. For those who don’t know, she was an Ilongga, but what I admired about her is that she used her knowledge, her voice, to serve the country. And I want to be somebody like her: somebody who puts her heart, her passion into action. And after all, she is the best president that we never had,” she answered.

With her brave and truthful answer, Mateo to no surprise won over the hearts of the crowd and the judges to bag the Miss Universe Philippines 2020 crown.

Mateo, who has an Indian father and a Filipina mother, is the second Miss Universe Philippines with Indian descent following Miss Universe fourth-runner up Venus Raj.

Miss Parañque Ysabella Ysmael is the first runner up in the pageant while Miss Quezon City Michele Gumabao is the second runner up./dbs

Here are some easy things to keep you moving and active