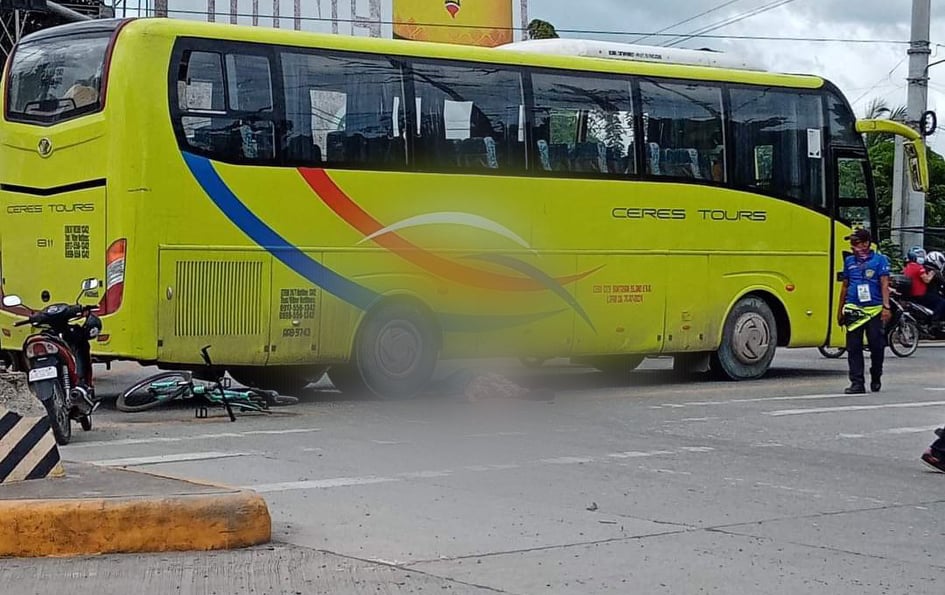 Security Guard Sandy Ursal dies after he was run over by a bus as he was riding on his bike along MC Briones Street in Mandaue City on Friday, October 30, 2020. | Photo courtesy of Cashakoh Choo

SANTA CATALINA, Negros Oriental — A 45-year-old security guard died after he was run over by a passenger bus along M.C. Briones Street in Mandaue City, at past noon this Friday, October 30, 2020.

The victim was identified as Sandy Ursal of Borbon, Cebu, who was said to be heading home after his work shift as a security guard in an establishment in Mandaue City.

Mandaue City Traffic Police said that Ursal was sideswiped by the bus driven by Jerito Cabahug, 39, of Bogo City, Cebu.

Watch: Bus clips security guard on a bicycle in a Mandaue street

Police said that Cabahug was passing Ursal on his bike, who was on the right side of the road near the traffic separators, when the bus clipped the handlebars of Ursal’s bicycle causing Ursal to fall, land under the bus, and was run over by the rear wheel of the bus.

Investigation showed that the bus driver was not overspeeding, but he might not have noticed Ursal on his bike on the right side of the bus.

As of this time, the Mandaue Traffic Police said that the wife of Ursal and the representatives of the management of the bus liner were having a dialogue.

Cabahug was detained in the Traffic Detention facility of the Mandaue City Police Office./dbs