Assailant, who shot and hacked victim, threw a plastic pack believed to contain shabu at the victim's body 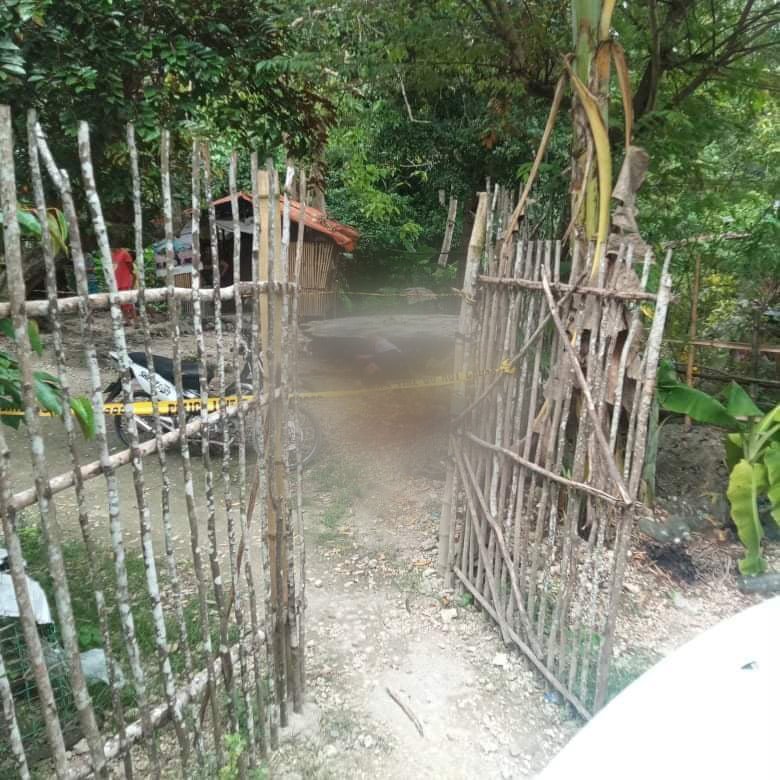 William Ledesma lies dead in front of a house of a Valladolid, Carcar City resident. Ledesma was shot and hacked by an assailant on Sunday morning, November 1, 2020. | Contributed photo

SANTA CATALINA, NEGROS ORIENTAL, Philippines — Was the brutal killing of a Barangay Valladolid, Carcar City resident, who was shot and hacked dead on Sunday morning, November 1, 2020, a drug-related crime?

This is one of the possible motives in the killing of the victim, Wilson Ledesma, that police are investigating. Ledesma was shot several times and hacked dead, in Barangay Poblacion in Carcar City at past 11 a.m. on November 1.

Police Corporal Argie Noel Espinoza of the Carcar City Police Station said that this was one of the possible motives that they were investigating especially since the assailant before leaving the dead Ledesma of Barangay Valladolid, allegedly threw a sachet of suspected shabu on the body of the victim.

“O, imo na ni (O, this is yours),” said Espinoza quoting witnesses, who saw the assailant hack the victim and heard him say this when he allegedly threw a small plastic pack at the body of the victim before he left.

Espinoza said that they had identified the assailant, but they were withholding the assailant’s name because of the ongoing hot pursuit operation against him.

Initial investigation showed that at past 11 a.m. on Sunday, residents in Barangay Poblacion heard shots fired near a piggery in the area and a few minutes later saw a bloodied Ledesma appear from the house near the piggery.

(The bloodied victim suddenly appeared in their doorstep and asked for help.)

However, the residents, whom Ledesma sought help,  could only helplessly watch the victim because the assailant, who was armed with a gun and a bolo, was pursuing Ledesma, who at that time fell to the ground because of his gunshot wounds.

The assailant, who then caught up with Ledesma, hacked him several times.

After that, the assailant allegedly threw a small plastic pack believed to contain suspected shabu at the body of the victim and fled the area./dbs