Most Cebuano netizens prefer modern jeepneys over traditional ones 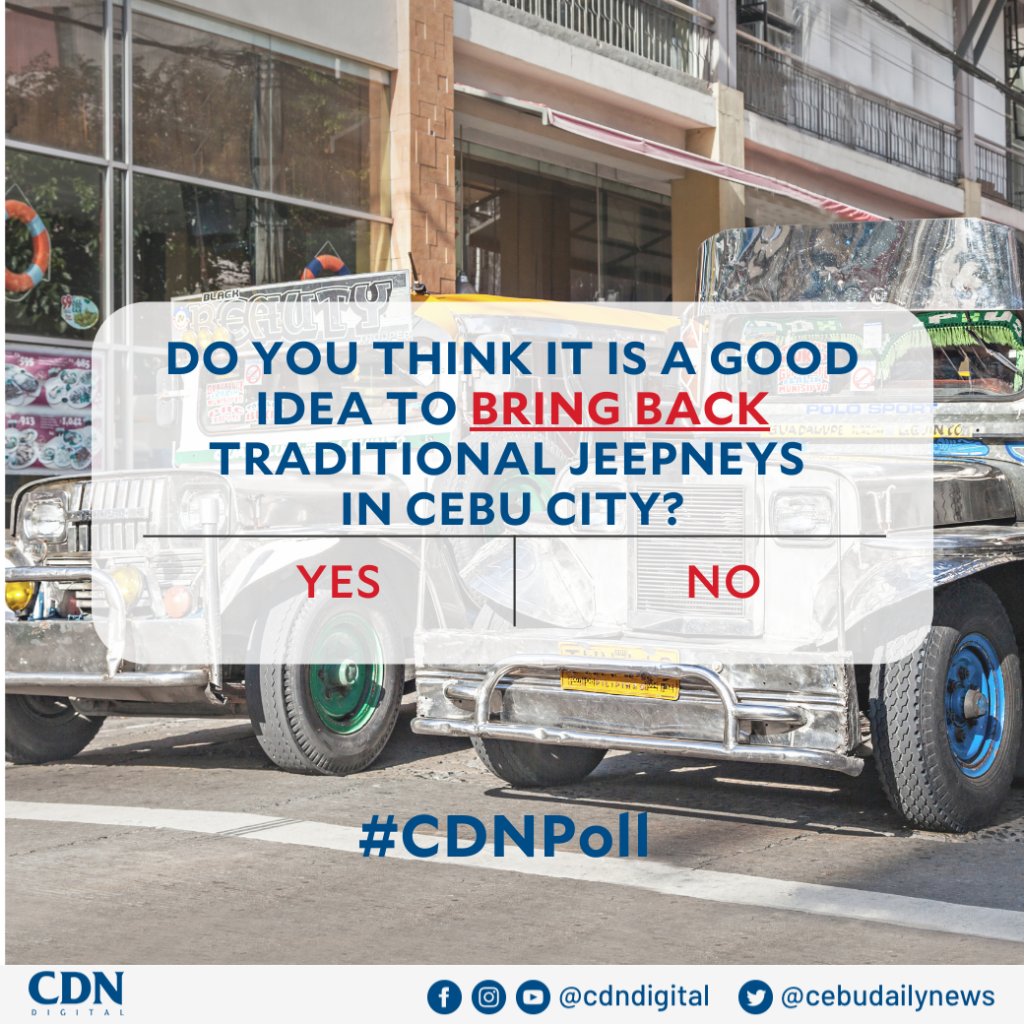 When the pandemic hit almost eight months ago, jeepneys were prohibited to ply the streets for health reasons. This resulted in drastic changes in the lives not only of jeepney drivers and operators but of their families and the whole riding community as well.

Since April 2020, the Cebu City government has suspended the operations of jeepneys as a way to curtail the spread of the dreaded Coronavirus disease 2019 (COVID-19).

However, last September 2020, the Land Transportation Franchising and Regulatory Board (LTFRB-7) has given the green light for traditional jeepneys to operate again in some parts of the province.

This development prompted Cebu City Mayor Edgardo Labella to consider reopening some of the jeepney routes in the city involving 1,355 jeepneys.

CDN Digital asked Cebuano commuters if they agree or disagree with letting these so-called kings of the road back on the city’s streets.

Surprisingly, most of them said, No.

The main reason was that Cebuanos are now looking forward to having a modern mass transportation system.

Here are some of the comments netizens posted on Facebook regarding the issue:

Stephy, “No, let’s use this opportunity to improve our transport system pls.”

Chelsea Nemenzo, “No. It’s high time we transition into safer, less suffocating transportation. Old jeepneys are prone to accidents, with no working brake lights and lack of discipline from the drivers. We need to phase these out.”

Kai Compra, “NO! This is the right time to improve our transportation system and to re-train our public utility drivers. Dapat i-strikto ang selection for Public safety.”

@CabsTee:  “No. Those are relics of the past. Cebu needs modern, comfortable, and efficient mass transport, Cebuanos deserve that.”

@robben_sylvan: “NO.. not inside Cebu City.. But it can be used in the local province or sub.”

As you can see, most of those interviewed want traditional jeepneys to be phased out and to instead set in place a modern transportation system. /rcg