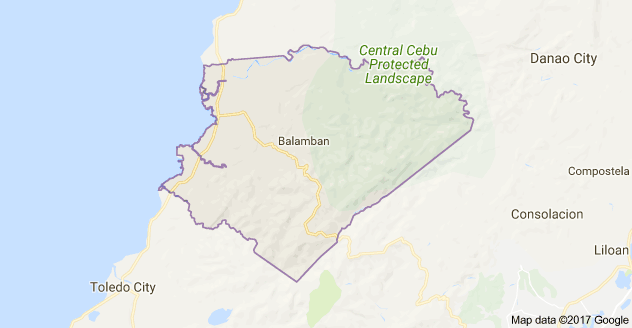 CEBU CITY, Philippines — The local chief executive of Balamban town welcomed the proposal to transfer Cebu province’s seat of power in their town.

Mayor Alex Binghay, in a teleconference with reporters on Friday, November 6, said they were taking the plans of Governor Gwendolyn Garcia as a challenge that could help their municipality boost its economic prowess.

“I welcome the plan of the governor of (transferring the Capitol’s services) in Balamban… It’s going to be a challenge for all of us here in Balamban,” said Binghay in a mix of English and Cebuano.

In her earlier press conferences, Garcia revived a proposal first raised by former Governor Lito Osmeña in which Balamban would be housing the Capitol’s seat of power.

Garcia said this could not only help alleviate traffic congestion in Cebu City, particularly along Escario Street where the provincial government is currently holding office within the Capitol compound, but also for the convenience of constituents who would need the province’s services.

Balamban is a first-class municipality that borders Cebu City to the west.

Industries like manufacturing, assembling and exporting sea vessels and other related equipment have been the town’s major economic driver, Binghay said.

Binghay said that while they were not fully ready to accept and implement the plans of the Capitol at this point, they had already identified three possible locations where the government center would rise.

The government center, pegged at P550 million, was proposed to house key offices both from the executive and legislative departments, including that of the governor’s office of the provincial government.

The mayor also said they were planning to ask the Capitol to have an urban planner in developing the government center.

“Mas maayo nga naay urban planner (It’s better to have an urban planner) so we will know the cost, how it will look inig kahuman (when it is done),” said Binghay.

“We take up the challenge not because we are not ready but nindot ning naay challenge kay if muingon ta nga di ko ready (it’s nice we have this challenge. Because if we say we’re not ready), we will lose the opportunity,” he added.

If the government center will push through, the Cebu Provincial Capitol, built in 1938, might be turned into a mixed-use development that includes a museum. /dbs