Survivors honor the dead on 7th anniversary of Yolanda 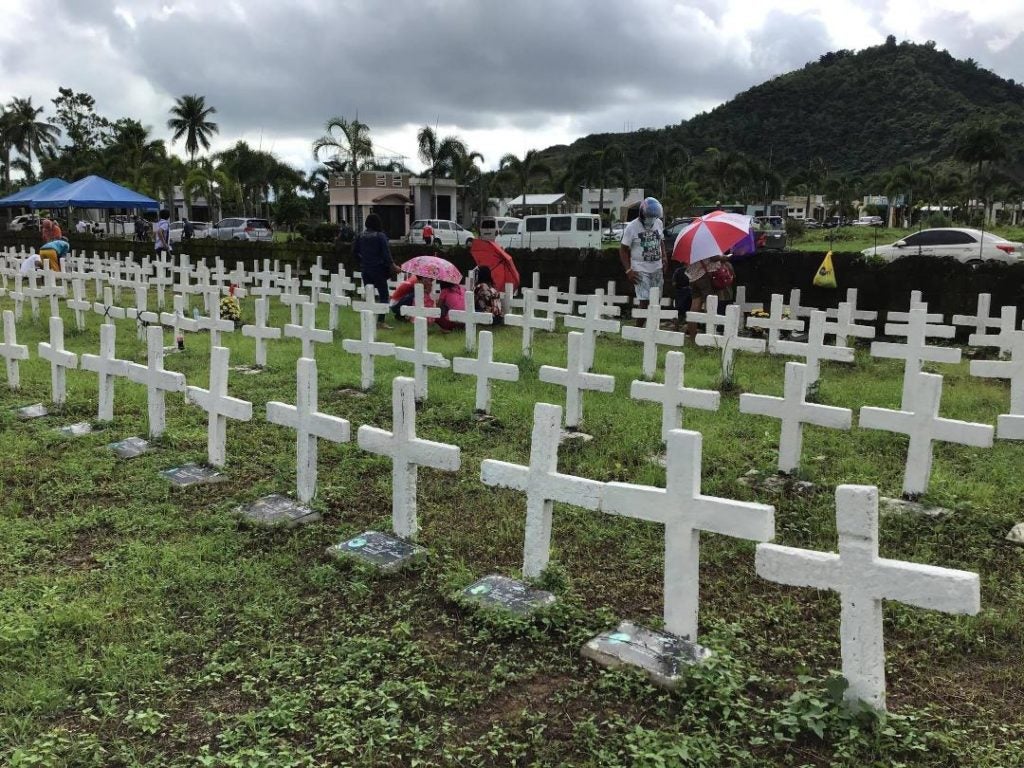 A few people on Sunday visit the mass grave in Tacloban City to mark the seventh anniversary of supertyphoon Yolanda in 2013. JOEY GABIETA/INQUIRER VISAYAS

TACLOBAN CITY – Seven years have passed since she last saw her 17-year-old son.

While she has not seen her son’s body, Norie Dosol presumed that the sixth of her 11 children had died when super typhoon Yolanda wreaked havoc on the Philippines on November 8, 2013.

“I really don’t know if he was indeed buried here but having a place where we could visit him somehow gives us a sense of comfort,” said the 59-year-old mother who visited a mass grave in Barangay Basper for victims of the super typhoon.

At least 2,200 people who perished at the height of Yolanda were buried at the mass grave in Tacloban.

Dosol on Sunday visited the site and placed three pieces of white candles on top of the grave while silently offering a prayer for his son.

According to Dosol, her son Ronnie went to his first day at work in a beach resort in Barangay 88, San Jose District when the super typhoon came.

“He was so happy that he finally had work, but we did not realize it would be our last time to see him,” she said.

Unlike previous commemorations of the onslaught of Yolanda, this year’s anniversary was made simple due to restrictions brought about by the new coronavirus disease (COVID-19) pandemic.

A candle-lighting activity and a Mass was held at the mass grave, led by Tacloban Mayor Alfred Romualdez.

He expressed gratitude to the international community and others who extended help for people in the city, making its recovery quite fast.

“Today’s commemoration is a way of thanking God for giving the people a ‘second chance’ to live,” he said.

Romualdez expressed hopes that people would learn their lessons, saying that the massive typhoon was a product of mankind’s destruction of mother nature.

Romualdez appealed to the people of Tacloban to cooperate now that the city is facing another obstacle: the COVID-19 pandemic that has infected 959 locals and claimed 15 lives.

Read Next
Ways to vent without talking to someone