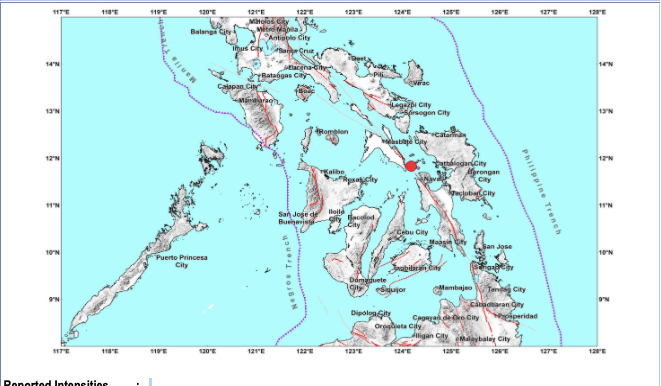 The Philippine Institute of Volcanology and Seismology (Phivolcs), in its earthquake bulletin, located the epicenter of the quake 16 kilometers east of Pio V. Corpuz town in Masbate.

They classified the earthquake as tectonic, and that tremors were also reported in provinces and cities in the Visayas, including Cebu.

Initially, Phivolcs measured the quake’s intensity at 4.8-magnitude in the Richter scale but over an hour later, they issued an updated bulletin, upgrading it to 5.0-magnitude. They also listed more areas where tremors were recorded.

Several netizens in the cities of Talisay and Cebu also reported that they, too, felt the quake from their respective areas. /rcg