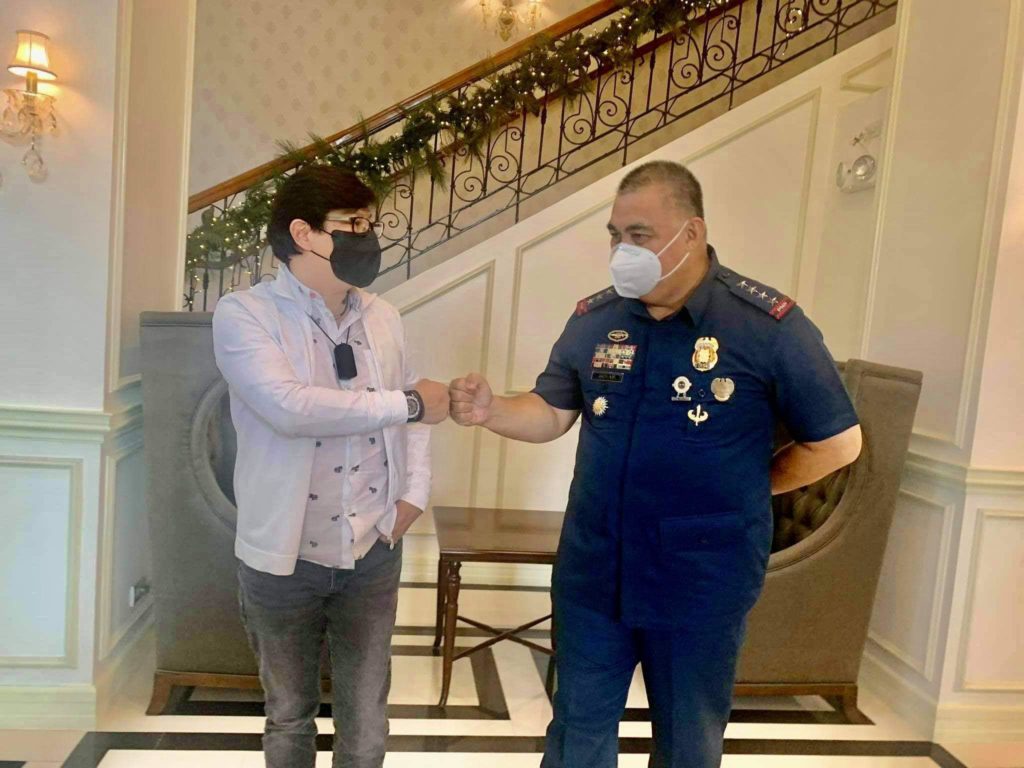 CEBU CITY, Philippines — The highest-ranking official of the Philippine National Police (PNP) has arrived in Cebu earlier than his expected arrival on Saturday, November 21.

Police General Debold Sinas, PNP chief, who was supposedly to arrive on November 21, 2020, has made a courtesy call today, November 20, 2020, to Secretary Michael Dino of the Office of the Presidential Assistant for the Visayas.

According to the OPAV post in its Facebook page, Sinas’ visit to Cebu is his first out of town visit since he became the PNP chief.

“He made a courtesy call to Presidential Assistant for the Visayas Secretary Michael Lloyd L. Dino prior to his other meetings in the Queen City of the South,” the OPAV post said.

The OPAV post also said that Dino praised Sinas for his promotion and performance as a police official.

“We are blessed that the chief PNP chose Central Visayas, particularly Cebu, to celebrate a thanksgiving through a prayer and a visit to the troops,” said Ferro.

Sinas was named as PNP chief last November 9. He replaced former Police General Camilo Cascolan whose retirement took effect the day after the Malacañang made the announcement.

Ferro also said the PNP chief would be expected to pay a visit to Cebu Archbishop Jose Palma.

Sinas once served as the director of PRO-7, from 2018 until 2019 when he was reassigned to head police officers in the National Capital Region (NCR).

He made headlines in May this year after photos of his birthday gathering showed a number of police officers defying health protocols amid the coronavirus disease 2019 (COVID-19) pandemic.

The incident resulted in the PNP filing criminal and administrative complaints against Sinas and 18 other police officers.

Duterte kept Sinas in his post despite receiving flak over the alleged violation of quarantine protocols. / with reports from INQUIRER.net

Read Next
1,922 jeepney operators to get financial assistance today