CEBU CITY, Philippines— As people seek help for the dogs left behind during the horrifying flood in Luzon, five puppies in Oslob, Cebu were placed inside a sack and left in the streets to die.

Animal Kingdom Foundation (AKF), a non-government organization that advocates animal welfare based in Luzon, tapped the Island Rescue Organization (IRO) in Cebu to help these puppies get the proper care they need and hopefully find them new homes.

According to AKF, they received a message from Hazel Joy Naza, who found the puppies near her home in Oslob, on November 19, 2020.

“We reached out to our friends from Island Rescue Organization (IRO), they are Cebu City-based and are willing to take custody of the puppies,” AKF said. 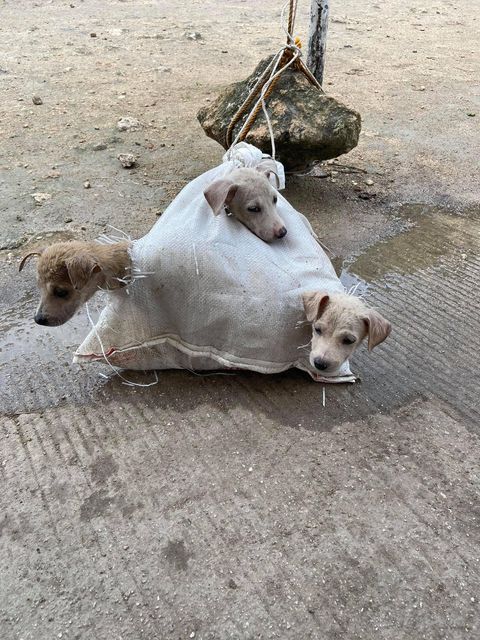 As of today, November 21, IRO together with AKF has already found a volunteer driver who will transport the animals from Oslob to Cebu City tomorrow, Sunday, November 22.

If you are looking for a new member of the family, why don’t you consider adopting one of these cute puppies? /rcg