BTS’s ‘Life Goes On’ debuts at No. 1 on US chart in foreign language first 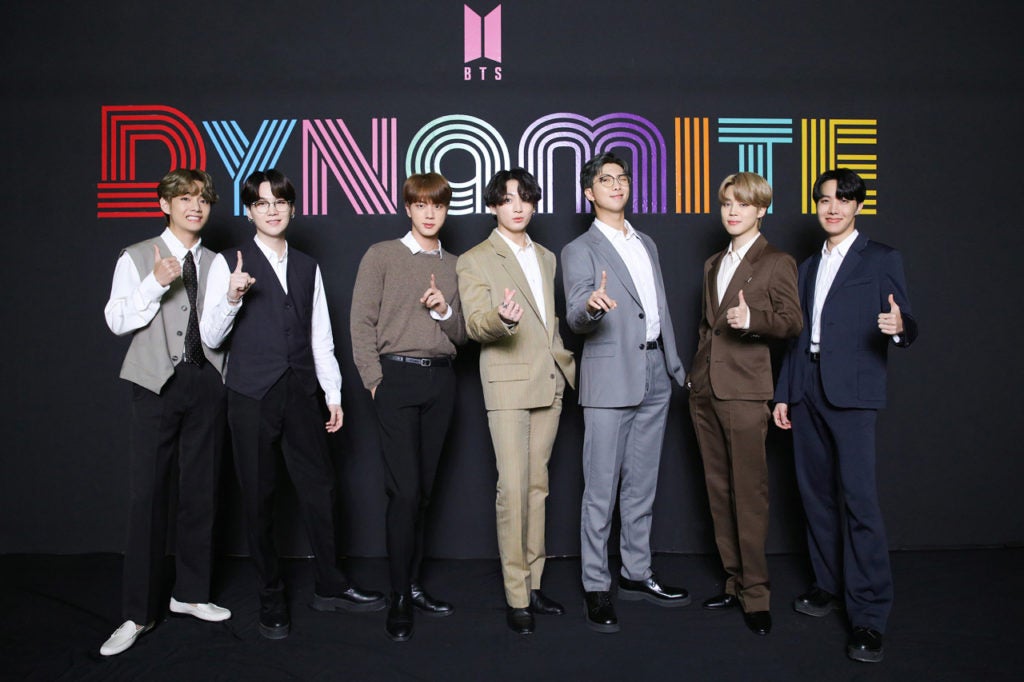 Seoul, South Korea—Trailblazing South Korean boyband BTS have became the first group to have a foreign-language song enter the US Billboard chart at number one, in the latest musical record to be re-written by the K-pop sensation.

“Life Goes On”, sung predominantly in Korean, topped the US Hot 100 in its debut week, Billboard said Monday, the first foreign-language song to do so in the chart’s 62-year history.

BTS — or Bangtan Sonyeondan, which translates as Bulletproof Boy Scouts — have become one of the biggest acts in the world since they launched seven years ago, and made a billionaire of their managing agency’s founder.

Their latest single is also the first mainly-Korean song ever to top the chart. The band’s success marks the growing appeal of the South’s popular culture in the US, after the subtitled Korean movie “Parasite” won four Oscar awards in February, including Best Picture.

BTS’ earlier track “Dynamite” debuted atop the chart in September but it was sung entirely in English, making it radio-friendly in Anglophone countries.

Read: BTS reclaims top spot on Billboard singles chart after 2 weeks at No. 2

“Dynamite” is still in the chart at number 3 and they have another five tracks in the Top 100.

“Life Goes On” is the band’s third number one in three months, after “Dynamite” and a BTS remix of “Savage Love” by Jawsh 685 and Jason Derulo.

The band had achieved the feat “more quickly than any act since The Beatles”, Billboard said, after “I Want to Hold Your Hand”, “She Loves You” and “Can’t Buy Me Love” all topped the chart in just over two months in 1964.

Read: K-pop is a major Twitter trend of the year with over 6 billion tweets