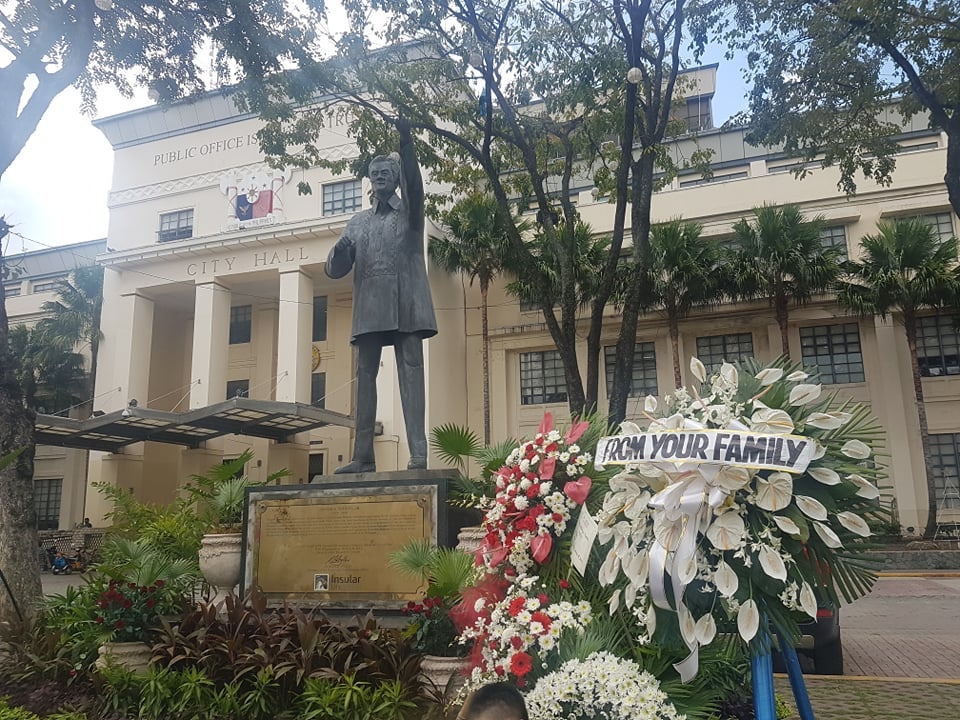 A statue of the late senator, Sergio “Serging” Osmeña Jr., is found at the Plaza Sugbo in Cebu City. To honor Serging Osmeña, December 4 has been declared as a special non-working holiday in Cebu. | Delta Dyrecka Letigio

CEBU CITY, Philippines — The contributions and achievements of late renowned politician Sergio “Serging” Osmeña Jr., deserves to be celebrated by the entire Cebu.

This was the statement of Councilor Renato “Junjun” Osmeña Jr., the grandson of the late senator, for the first celebration of Serging’s birth anniversary as an official holiday in Cebu.

Councilor Junjun authored the resolution asking the Congress and President Rodrigo Duterte to make Serging’s birthday on every December 4 to be a special non-working holiday.

“I am very honored to be a fourth generation Osmeña. Serging Osmeña was a humble person, a fiscalizer, kanang kutihan nga tawo (a meticulous person). He would always stand for honesty and patriotism,” said the councilor.

Councilor Junjun added that it was but befitting that Serging was celebrated for his contributions in the city as a governor of the Cebu Province, a representative of the Second District of Cebu City, and the three-time mayor of the same city.

The councilor said he hoped to live up to his grandfather’s name.

The city officials offered flowers at the statue of Serging at the Plaza Sugbo on Friday morning, December 4, 2020.

Vice Mayor Michael Rama said that it was important that Serging would be remembered by the new generation of political leaders in Cebu for his being a fiscalizer.

Serging has helped create the Ceboom phenomena bringing the city into the limelight of development in the country.

Rama said that this dedication to the city must prevail in the service of all leaders today.

Serging was a prominent businessman and politician in his time.

He was a member of the Liberal Party and strongly opposed the Martial Rule of former President Ferdinand Marcos.

Starting this year, upon the proclamation of President Rodrigo Duterte, December 4 is already an official holiday for the Province of Cebu including Cebu City. /dbs