Vendors in firecracker zone at SRP plead: Visit our stalls 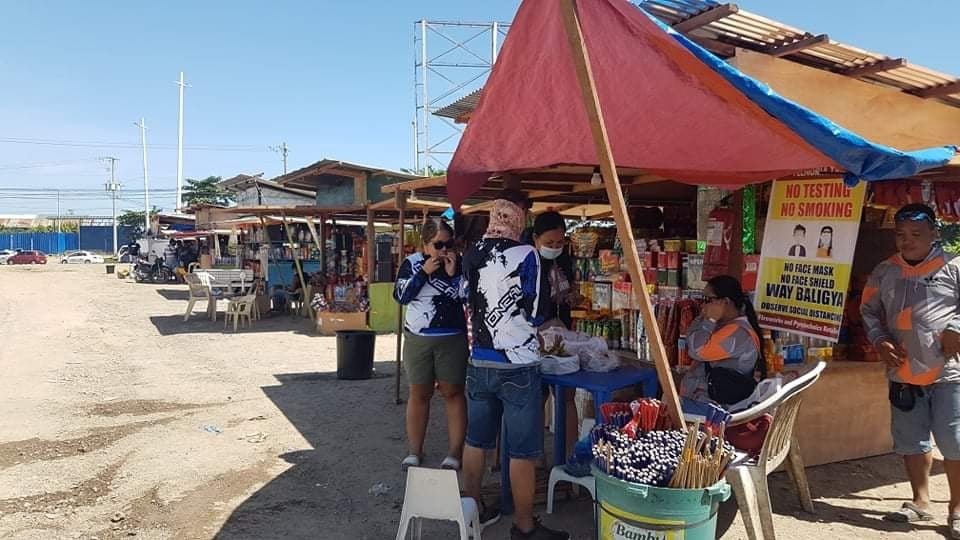 CEBU CITY, Philippines —The vendors at the firecracker zone at the South Road Properties (SRP) urge the public to buy goods from them.

The vendors noticed a decreased number of customers on Christmas eve, December 24, 2020, a day when customers usually rush to buy firecrackers.

One of the reasons why they believe customers are not coming is because they do not know they were allowed to sell firecrackers this year.

The permits for the firecrackers were finally approved by Mayor Edgardo Labella only a week ago, due to placement of health protocols prior to approval.

The vendors were only allowed to setup on December 23, 2020, and they did not have a chance to market their products.

The SRP Firecracker Zone is the only authorized zones, aside from mall stalls, to sell firecrackers and pyrotechnics.

Jojo Ortega, one of the vendors told CDN Digital, that many of the people thought the firecrackers were banned this year along with the many other restrictions of the quarantine.

However, firecrackers and pyrotechnics are still allowed in large open public spaces although public gatherings are not allowed.

(We hope they will come. The prices of out firecrackers are really low because we know most of the people are going through tough times. )

According to Joel Ruiz, another vendor, the price of firecrackers dropped by at least P10 pesos with small fountains priced at P20 and bigger chains at P600.

However, pyrotechnics remain expensive with a starting price of P1,500 reaching up to P10,000.

Still, for those willing to spend for the firecrackers, he assured that all their products are accredited.

Ernie Pardillo, one of the long running firecracker vendors in the zone, said the health protocols were set in place as well.

Banners containing reminders hang on each stall telling people to wear masks and shields if they want to be served.

A water truck is also on standby to provide water to the stalls as a precautionary measure against fire.

The vendors hope that the customers will find their way to the firecracker zone and by their products so they, too, will have a merry Christmas.