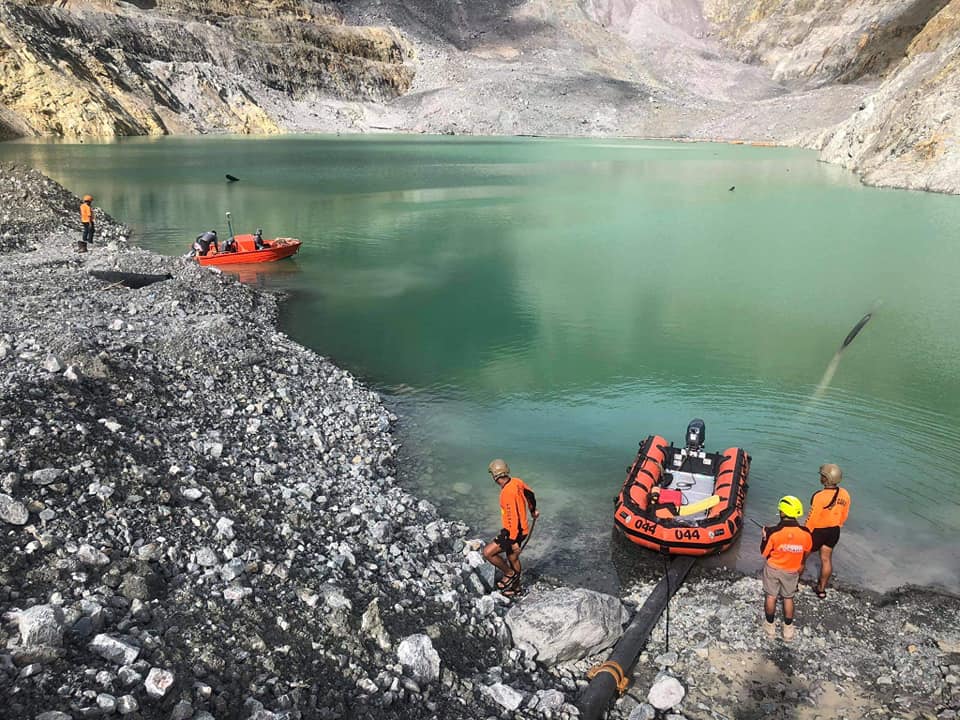 Philippine Coast Guard personnel help in the search and retrieval of the six missing miners. | Photo courtesy of the Toledo City PIO

CEBU CITY, Philippines – The local government of Toledo has started the evacuation of families living near the collapsed portion of an open-mining pit of the Carmen Copper Corporation (CCC) in Barangay Biga.

Layan said the first batch of evacuees, who lived within the danger zone, were moved to a safer area in Sitio Hagit.

“We’re still validating and collecting the numbers of families that have been relocated because as of now, evacuations are on going,” said Layan in Cebuano.

The city government has identified at least 400 families or over 2,000 individuals, whose houses are located within the danger zone or those that stood within the 500-meter radius from the collapsed pit.

Last December 21, four miners died while six others have remained missing after portions of the Carmen Pit, owned and operated by CCC, collapsed.

Geologists from CCC informed the local government of widening cracks which they found near the landslide site, prompting local officials to order the immediate evacuation of families in the area to prevent any untoward incidents.

Meanwhile, Layan said that the search and retrieval operations for the six missing miners continue.

He said they deployed K-9 dogs, sought assistance of the Philippine Coast Guard, and utilized sonar equipment to scour the pit’s lakebed for any signs of the missing workers early morning on Monday, Dec. 28.

“Despite the inclement weather, the mayor’s directives were to continue with the search and retrieval operations. All our rescue assets, including personnel from the Coast Guard, are in place at Carmen Copper,” said Layan.

“We’re hoping the search and retrieval operations will be fruitful as the personnel assigned at the site relayed to us developments which show signs that the missing miners could be found soon,” he added.

CCC has already suspended its operations at Carmen Pit to give way for disaster and rescue personnel. / dcb

Read Next
20 contingents sign up for Sinulog 2021 ritual showdown