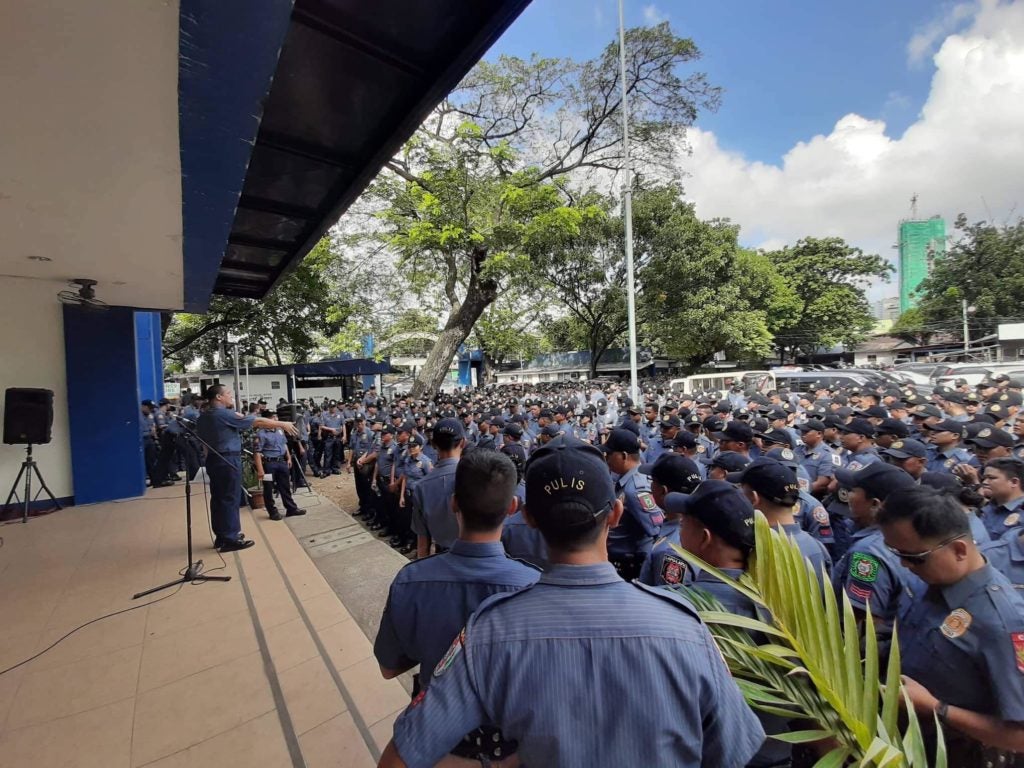 ADDITIONAL FORCES. More police officers are arriving from neighboring provinces in Region 7 to help augment the security concerns of the Sinulog. Shown in the photo are additional cops being assembled at the Camp Sotero Cabahug grounds in Cebu City on Wednesday, January 15, 2020. | CDN Digital Photo by Morexette Marie B. Erram

CEBU CITY, Philippines — The Police Regional Office in Central Visayas (PRO-7) is planning to augment the police forces in Metro Cebu for Sinulog 2021.

Police Brigadier General Ronnie Montejo, director of the PRO-7, said in a press conference that although the activities during the Sinulog are only virtual, there will still be areas in need of monitoring.

Although there will be no solemn and other religious processions, a planned motorcade may still push through but this is yet to be finalized.

Montejo said they are preparing to secure the route as well to ensure that no one will violate the social distancing and other health protocols.

The regional director is confident that the religious leaders and the local government units in the metro including Cebu City, Mandaue City,  and Lapu-Lapu City are well-coordinated for all activities for next year’s Sinulog.

He assured that additional personnel will be sent to Cebu from subunits of PRO-7 or from nearby provinces.

Montejo also assured that the police are always ready to provide the necessary support to the LGUs for the incoming Sinulog and in preparation for the Quincentennial anniversary of Christianity in the country to be celebrated primarily in Cebu in 2021. /rcg