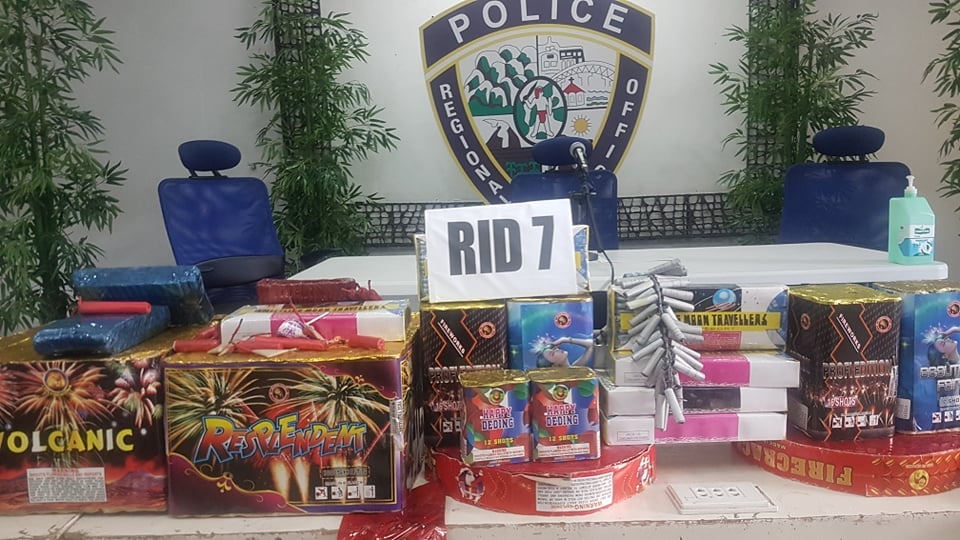 These are some of the confiscated illegal firecrackers by the Police Regional Office in Central Visayas or PRO-7 since Christmas until today, New Year’s Eve. | Delta Letigio

CEBU CITY, Philippines — The Police Regional Office in Central Visayas has confiscated more than P200,000 worth of illegal firecrackers from Cebu since Christmas.

Police Brigadier General Ronnie Montejo, PRO-7 director, said that these firecrackers were confiscated in various operations from illegal sellers in the cities and towns in Cebu.

These firecrackers will be destroyed through safe means on Monday, January 4, 2020.

(Some of these firecrackers were already sold while others were intercepted while in transit. These are just initial number of confiscated firecrackers because our operations are ongoing. It would also be better for everyone that there would be no injuries due to firecrackers.)

The regional director is hoping that the public will no longer use firecrackers to avoid people from being injured as they welcome the New Year.

He also warned the sellers of these restricted firecrackers or those unauthorized to sell firecrackers that if they would continue to do so they could be arrested and charged in court for violating the law on selling contrabands and/or for selling firecrackers without permits.

The director has given the order to all police offices in the region to continue the operations down to the last hour of the year to ensure that these sellers cannot sell illegal firecrackers to the public.

Finally, as the year draws to an end, Montejo appeals to gun owners to keep their guns out of sight and never use them indiscriminately to avoid injuries by loose bullets.

He warned policemen in service that if they should fire their guns indiscriminately, they would lose their badges. /dbs