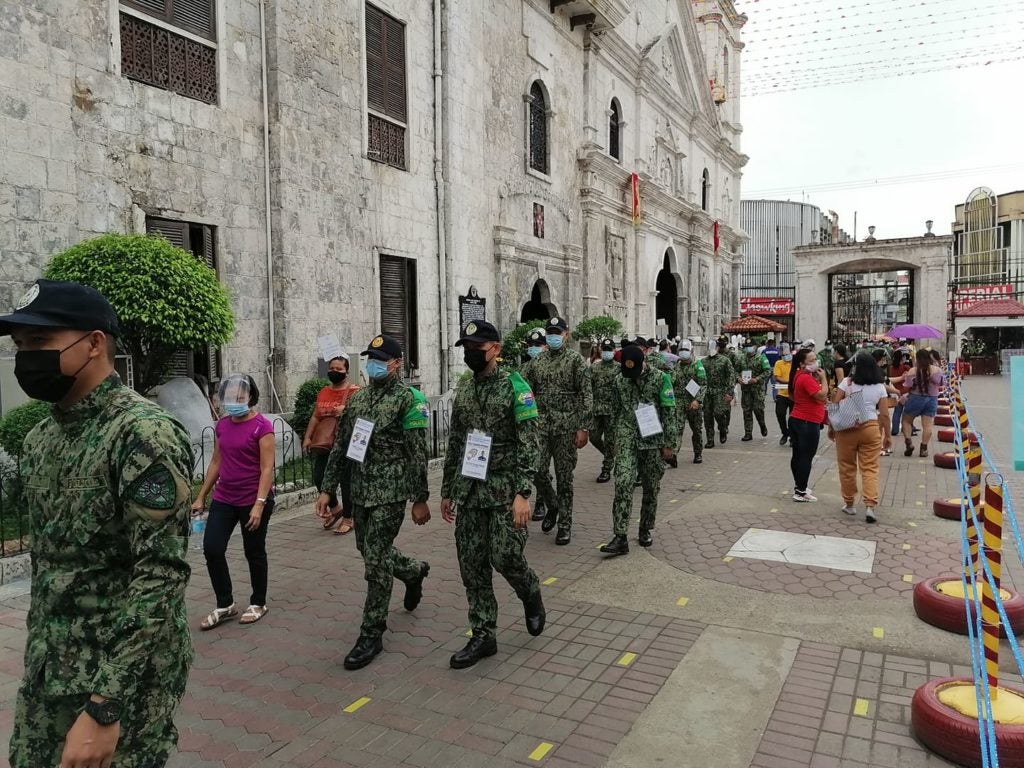 Policemen scour the premises of the Basilica Minore del Sto. Nino de Cebu, a day before the start of the nine-day Novena Masses for the 2021 Fiesta Señor. CDN Digital photo | Morexette Marie Erram

CEBU CITY, Philippines – The Cebu City Police Office (CCPO) welcomed the decision of organizers of the Sinulog to cancel all physical events of the festival.

“We haven’t received, personally, any official communication stating that physical activities of the Sinulog Festival but we welcome this development,” said Police Lieutenant Colonel Wilbert Parilla, deputy director for operations of CCPO.

On Thursday, January 7, Cebu City Vice Mayor Michael Rama announced that they will not proceed with their plans to hold the Ritual Showdown, Grand Parade, and Street Dancing of the Sinulog Festival at the South Road Properties (SRP).

Instead, they will be hosting the festival virtually by pre-recording the performances of all 22 contingents expected to perform.

“We have already suggested not to push through with the festivities for Sinulog considering that activities like these could really draw large crowds,” said Parilla.

The Police Regional Office in Central Visayas (PRO-7), of which CCPO is part of, has earlier recommended for organizers of the Sinulog Festival this year to cancel the event entirely.

They expressed concerns about the lack of coordination between the organizers and the police, and that they considered contingents performing on stage as “crowd gathering”.

With all events of the Sinulog Festival to be conducted virtually, Parilla said the police can now focus more on ensuring peace and order as well as enforcement of health protocols for the Fiesta Señor.

“It is really a welcome development so that our personnel can now focus on the security coverage for Fiesta Señor,” he added.

Sinulog Festival is the secular celebration of Fiesta Señor which is in honor of Snr. Sto. Niño de Cebu. /rcg