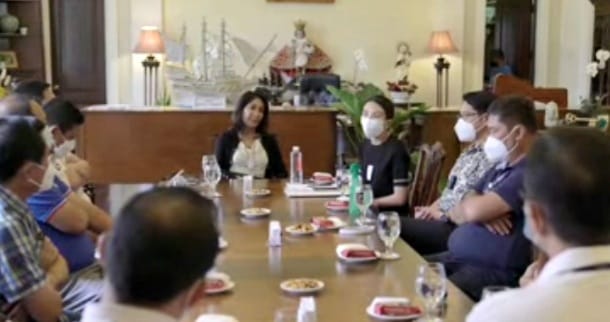 MANDAUE CITY, Cebu – Stricter regulations will be implemented on cargo trucks plying the Cebu North Road especially at the vicinity of Consolacion and Liloan towns starting on Friday, January 15.

In an advisory, the Municipality of Consolacion said that trucks will only be allowed to ply their roads from 9 p.m. to 5 a.m. of the following day.

The new scheme was agreed during a January 7 meeting that was held at the Cebu Capitol. Among those in attendance were Governor Gwendolyn Garcia, Consolacion Mayor Joannes Alegado, Liloan Mayor Christina Frasco, and officials of the Central Visayas offices of the Land Transportation Office (LTO-7) and Land Transportation Franchising and Regulatory Board (LTFRB-7), officials the Truckers Association, Bureau of Customs, Cebu Ports Authority, and other stakeholders.

(Governor Gwen Garcia is expected to issue an Executive Order [on the matter] while the towns of Consolacion and Liloan will be passing an ordinance to ensure implementation of this agreement.)

The truck ban schedule will be adjusted starting on January 15.

During the January 7 gathering, Alegado mentioned that the presence of five to eight million cargo trucks that pass by his town to transport goods is a major contributor to the traffic congestion.

Alegado said that his town is now home to around 30 truck yards that were relocated from Mandaue City after their neighboring locality refused these kinds of business based on provisions of its Zoning Ordinance.

The Consolacion mayor said that existing projects by the Department of Public Works and Highways (DPWH) at the North Costal Road is another contributing factor to heavy congestion in their area.

He said that the project located at the vicinity of Barangay Tayud has been delayed because of right of way concerns and after its supposed allocation was realigned for use in the pandemic under the Bayanihan Act.