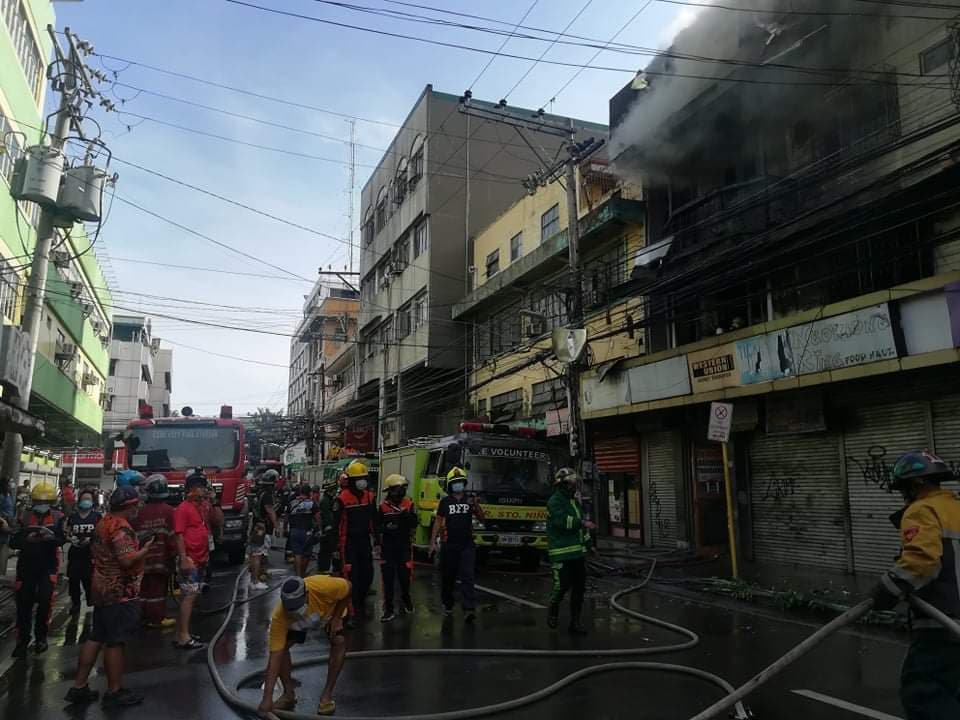 A fire burned down a commercial building along Junquera Street, Cebu City on Saturday afternoon, January 16, 2021. | via Paul Lauro

CEBU CITY, Philippines – A man died while a woman was injured in an early afternoon fire which also damaged portions of a building along Junquera Street in downtown Cebu City on Saturday afternoon, January 16.

Fire Officer 2 Emerson Arceo of the Cebu City Fire Office confirmed that a man, believed to be in his middle ages, died after he was trapped on the second floor of the burned building.

Arceo also confirmed that a female sustained minor injuries after fleeing the burning edifice which was used as a pension house, and owned by a certain Nenil Ongloyko.

Firefighters are still verifying the identities of the deceased and injured victims as of this posting.

In the meantime, Arceo said they are still determining the cause of the fire that erupted at 2:54 p.m., and was placed under control five minutes later or at 2:59 p.m.

This is a developing story. Please refresh the page for more updates.