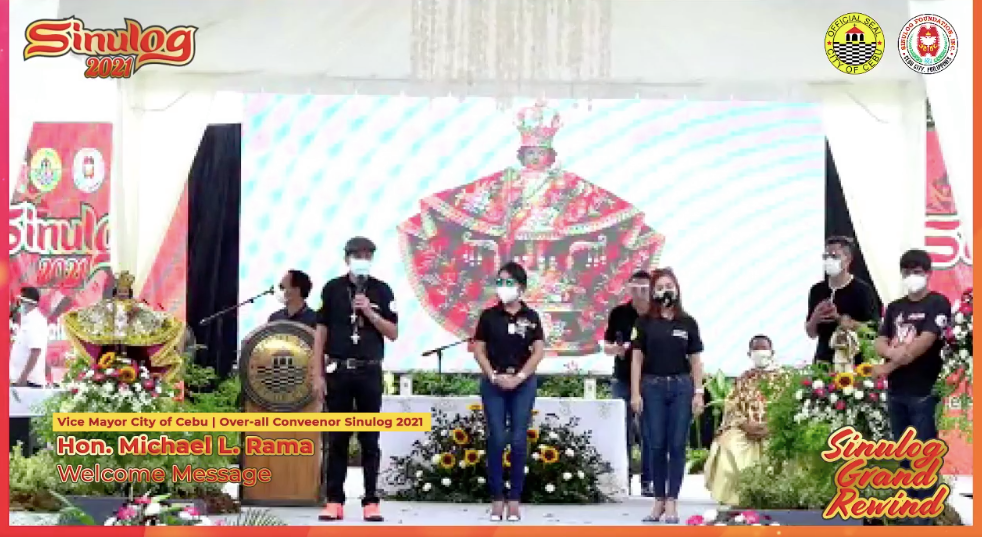 This was the message of Cebu City Vice Mayor Michael Rama, the overall convenor of the Sinulog 2021,  in an speech which he delivered this Sunday morning, January 17, to officially open the Sinulog Rewind 2021.

This is the first time in 40 years that no physical festival dances will be done here to prevent the gathering of a huge crowd that could risks millions of people to be exposed to the coronavirus disease 2019 (COVID-19).

Instead, the Sinulog Foundation Inc. (SFI) prepared Sinulog Rewind 2021 that will feature performances of past Sinulog winners.  This will be aired on the SFI Facebook page this Sunday.

READ: Virtual show on Sunday to showcase past Sinulog festivals

Cebu City and SFI officials led by Rama gathered at the Fort San Pedro earlier today for a Mass that was celebrated ahead of the officials start of the Sinulog Rewind 2021.

Mayor Edgar Labella was not around during the gathering.

Rama said in his speech that while watching canned presentations is far from the festive celebration that Cebu is known for, these presentations still manifest devotion to the Señor Sto. Niño.

“Ever since we organized Sinulog 2021: New Faith, Hope, and Love, who knew that there would be challenges along the way?”

SFI initially planned a modified Sinulog 2021 grand parade that will be held at the South Road Properties (SRP).  But the plan was crapped following the rise in COVID-19 cases here.

The Sinulog Rewind will run for 12 hours and will feature performances by Sinulog contingents and canned Halad performances of different Filipino communities abroad. / dcb

Read Next
Raising rabbits for food