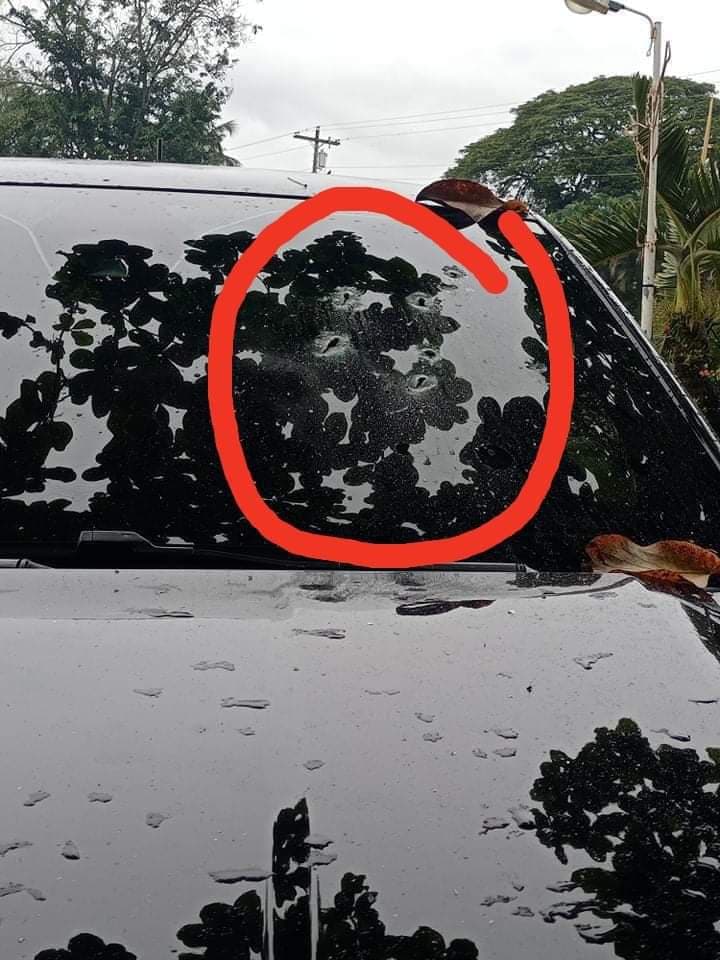 Bullet holes riddle the windshield and hood of Anthony John Apura’s pick-up truck. Apura and a companion were shot at as they went out a restaurant in Barangay Valladolid in Carcar City. | Contributed Photo via Paul Lauro

This was confirmed by the Carcar City Police Station.

Anthony, 38, is also the president of the Association of Barangay Councils in Carcar City (ABC-Carcar).

Rosario said Anthony and his companion, identified as Vergil Temperatura Bacus, just got inside the vehicle owned by the former after eating in a restaurant in Barangay Valladolid, Carcar City at past 3:30 p.m.

Based on accounts from multiple witnesses, he said the unidentified assailants fired shots towards the victim’s car.

“Both victims survived. The owner of the vehicle only sustained scratches on his skin when he got out of the vehicle, and tried to crawl away from the scene,” said Rosario in Tagalog.

He added that there were no casings of the fired bullets from the crime scene, but investigators were able to find traces of them on the vehicle.

Rosario also said the assailants fled the scene on board another vehicle.

Police are still trying to determine the possible motives behind the attack as of this posting.