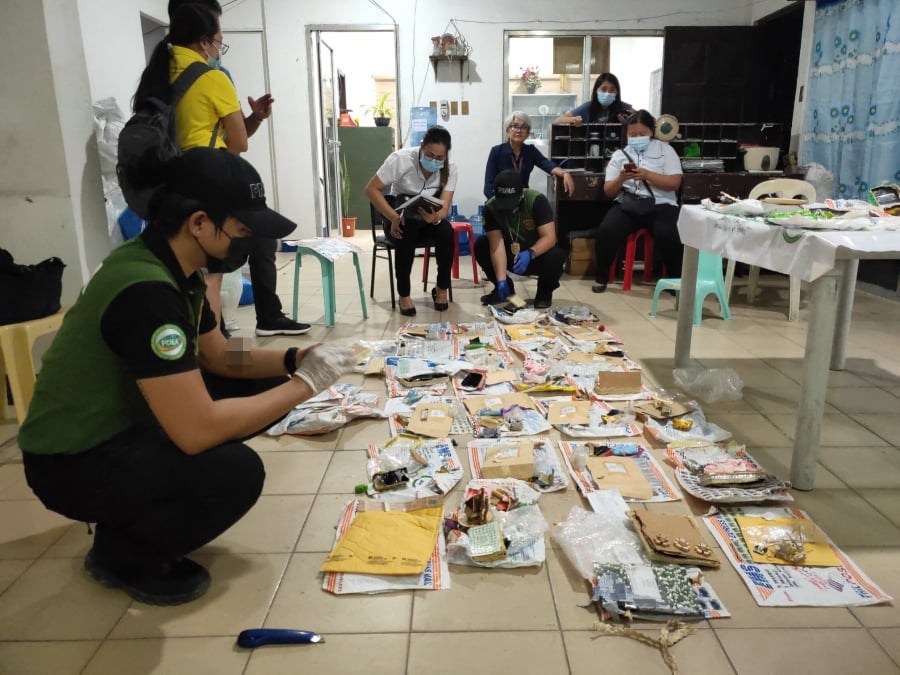 MANDAUE CITY, Philippines — Some P2.3 million worth of dangerous drugs, mostly regulated anti-depressants and pain relievers concealed in undeliverable parcels were discovered at the Mandaue Central Post Office on January 25, 2021.

Undeliverable parcels are returned parcels whose consignees and senders cannot be located.

Leia Albiar, PDEA-7 spokesperson, said that when PhilPost personnel sorted out some undeliverable parcels for disposal, they discovered that some contained concealed items. They then contacted PDEA whose agents informed them that the concealed items were mostly regulated anti-depressants and pain relievers which are prescription drugs and cannot be procured over the counter.

Albiar added that return to sender parcels are considered undeliverable if they have been with PhilPost for a long time whose consignees and senders cannot be located. She asserted that PhilPost has a protocol that if senders of parcels that have been returned can’t be located for a period of time, these are subjected to “Dead Letter Office” which is for disposal.

Albiar also added that the consignees of the parcels are living outside the country.

As of this posting, the recovered drugs are in the PDEA-7 laboratory as the anti-drug agency continues its investigation to locate both the senders and consignees of the seized parcels. /rcg