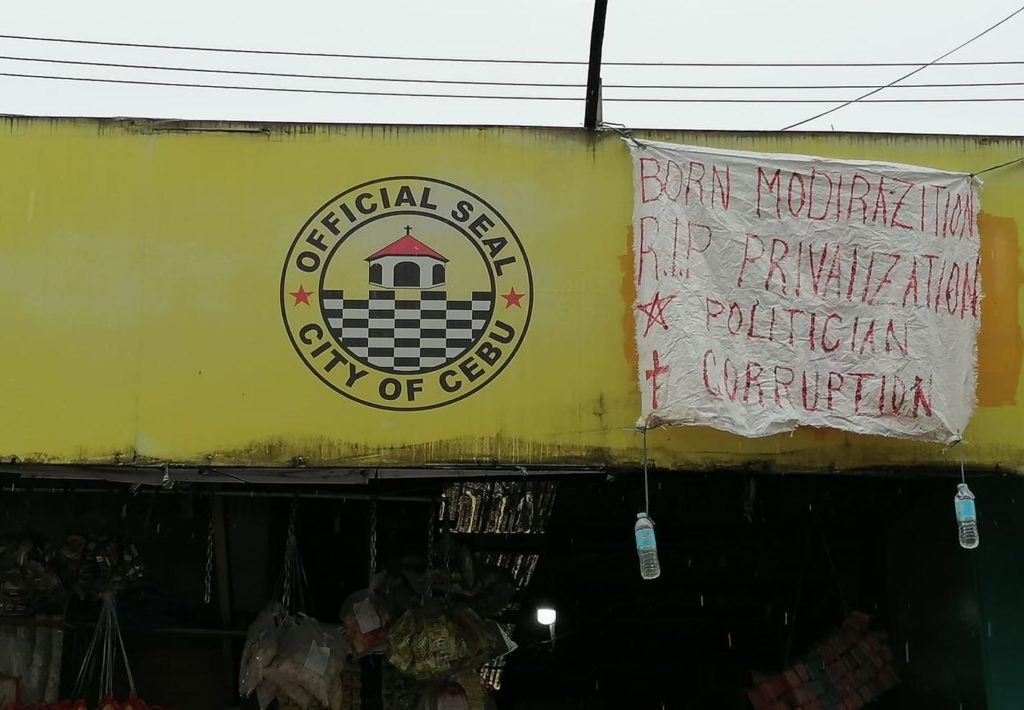 CEBU CITY, Philippines – Ermita officials and vendors, who earn from the operation of the Carbon Public Market, want the Cebu City government to continue to operate its biggest wet market upon the completion of the rehabilitation plans proposed by Megawide Construction Corporation.

Erwin Gok-ong, president of the Cebu Market Vendors Multi-purpose Cooperative (CEMVEDCO), said that while they support the modernization effort, giving Megawide the authority to operate the public market is a deviation of the provisions of the City’s Market Code.

Some of their members, he said, may also end up losing their vending spaces if privatization of the public market is pursued.

“[The] public market is for the public and should be operated by the city government. That is clear in the City Market Code… But we don’t want the operations of Carbon Public Market to be privatized. This is why we want several provisions in the contract changed,” he said.

Officials of Barangay Ermita and Cebu City United Vendors Association (CCUVA) share Gok-ong’s view that the Cebu City government should remain as the sole operator of the public market and not transfer its administrative and management powers to the developer.

“We are not opposing the modernization. We support and we thank the city government for coming up with this initiative. But we are opposing the privatization of the Carbon Public Market,” Gok-ong said.

Speaking in a press conference held on Monday morning, February 8, Gok-ong said that the Joint Venture Agreement (JVA) which the city government entered into with Megawide gave the project developer the authority to operate the new Carbon Market.

He was joined by Barangay Ermita and CCUVA officials during the press conference.

The CEMVEDCO president said that the JVA also allows Megawide to collect fines from the city government should it fail to impose increases in stall rentals.

In an earlier interview, Megawide Executive Director for Infrastructure, Louie Ferrer, said that once the modern public market is complete, the city government will handle its operation.

Ferrer said that while Megawide will assist the city government in the operation of the public market, the City Council will continue to determine its arkabala or rental rate.

They said that privatization is disadvantageous for those who now occupy Carbon Market Units 1, 2, and 3; the Freedom Park; and Warwick Barracks.

“There are over 4,000 vendors in these areas and privatizing could mean losing their livelihood altogether,” Gok-ong said.

Vendors are appealing that they be allowed to continue to sell during the duration of the JVA.

Ermita Barangay Captain Mark Miral said that aside from the vendors, at least 100 residents of Sitio Bato also risk losing their homes and sources of livelihood.

“We’re worried about our residents in Bato and it’s a good thing that the city government has reached out to us in addressing our concerns,” Miral said in Cebuano.

“Homeowners (of Bato) will be raising proposals such as renovating their own houses to align with the renovated market. But this does not mean that we are not open to other options, including relocation, as long as it’s near Carbon Market,” he added.

Vendors are also asking Megawide and the city government to allow Miral and a vendors’ representative to sit in the Oversight Committee, the policy-making body that oversees the project’s implementation.

Gok-ong said it is important for them to have a voice in the oversight committee so they can participate in discussions that would especially concern stall rentals, the collection of additional charges, and major changes in market polices.

Megawide inked a JVA with the city government last January for the implementation of the multi-million Carbon Public Market rehabilitation project.

Phase 1 of the Carbon Market rehabilitation project is set to start this year. / dcb