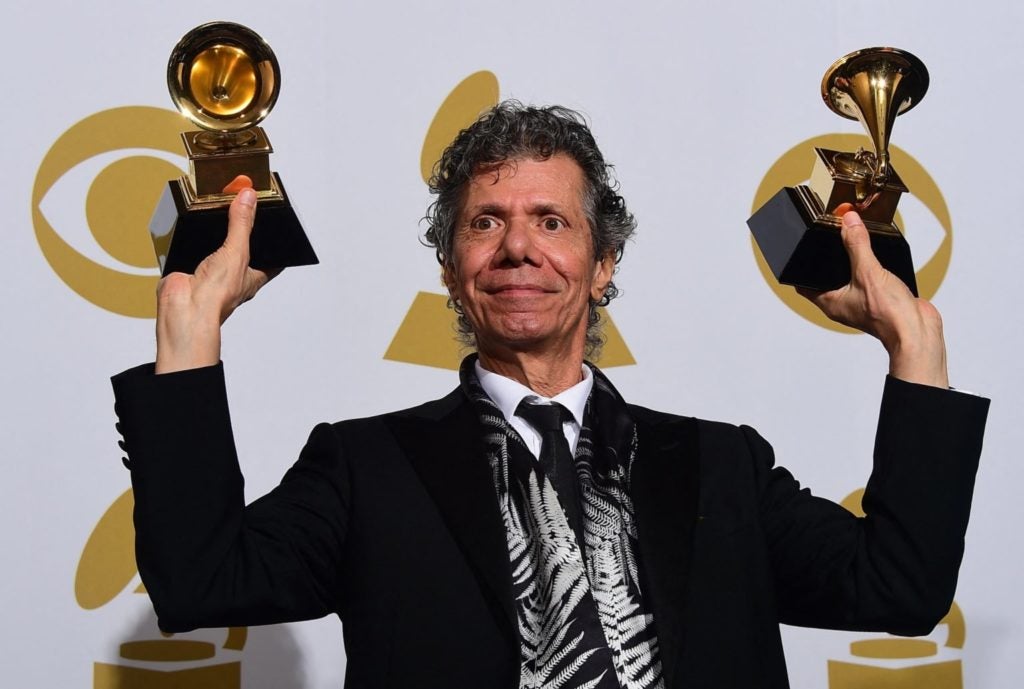 (FILES) In this file photo taken on February 08, 2015 Chick Corea holds his Grammy after winning Best Jazz Instrumental Album Trio, “Fingerprints”, in the press room during the 57th annual Grammy Awards in Los Angeles, California, – Chick Corea, the American jazz composer and electric keyboard pioneer, died February 9 of a rare form of cancer, according to a statement on his Facebook page. He was 79 years old. (Photo by Frederic J. BROWN / AFP)

New York, United States — Chick Corea, the American jazz composer and electric keyboard pioneer, died February 9 of a rare form of cancer, according to a statement on his Facebook page. He was 79 years old.

“I want to thank all of those along my journey who have helped keep the music fires burning bright,” read a message the 23-time Grammy award winner left prior to his passing, which his team released in the statement.

“It is my hope that those who have an inkling to play, write, perform or otherwise, do so. If not for yourself then for the rest of us. It’s not only that the world needs more artists, it’s also just a lot of fun.”

According to the statement, Corea’s illness “was only discovered very recently.”

The composer and bandleader, whose compositions-turned-jazz standards included “Spain,” “500 Miles High,” and “La Fiesta,” was among a select group of talent alongside Herbie Hancock and Keith Jarrett to emerge as some of the 20th century’s most influential pianists.

“Throughout his life and career, Chick relished in the freedom and the fun to be had in creating something new, and in playing the games that artists do,” the statement read.

“Though he would be the first to say that his music said more than words ever could,” the statement said, Corea told his “amazing musician friends who have been like family to me” that “it has been a blessing and an honor learning from and playing with all of you.

“My mission has always been to bring the joy of creating anywhere I could, and to have done so with all the artists that I admire so dearly –this has been the richness of my life,” read Corea’s message.