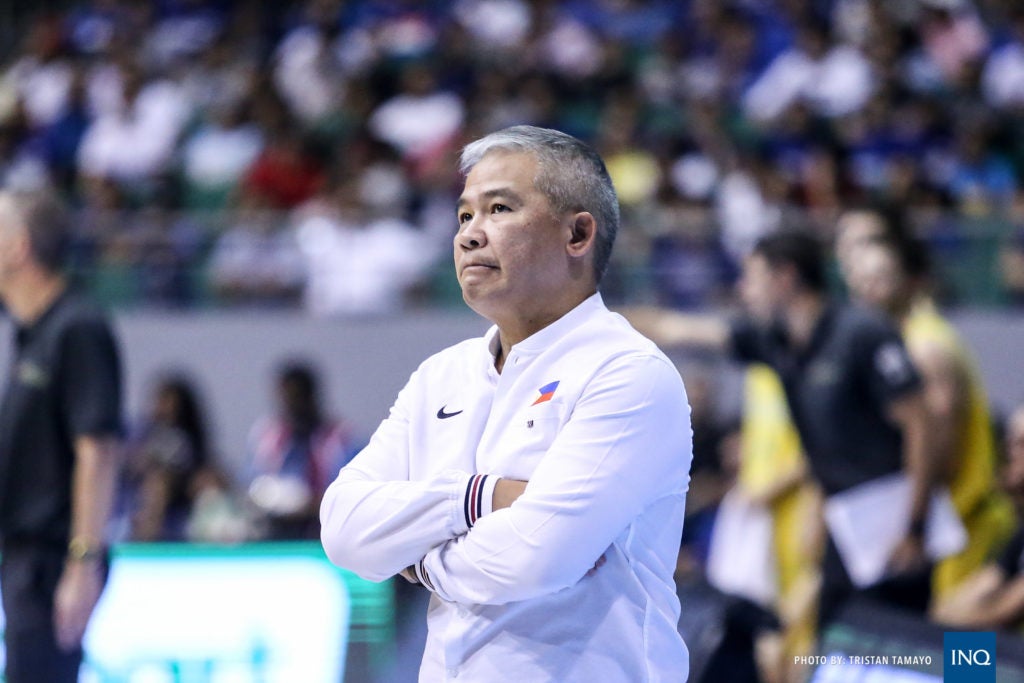 MANILA, Philippines—Chot Reyes is back with TNT nearly a decade after he left the team.

The eight-time champion is replacing Bong Ravena at the helm of the Tropang Giga while team consultant Mark Dickel begged off from his position, despite Reyes’ wishes, to recuperate from his recent operation in Las Vegas.

“It’s like a homecoming for Chot. He is a coach that gave us four championships. We look forward to a successful relationship with Coach Chot,” said TNT Govenor Ricky Vargas.

“We would like to thank TNT Tropang GIGA Active Consultant Mark Dickel for all that he has done for the team. He brought us to the PBA Finals twice in the two years that he was onboard. We wish him well as he moves on to new endeavors.”

The former national team coach left TNT in 2012 to focus on the national team program but he has since relinquished his post with Gilas in 2018.

Reyes has had a long coaching career starting in 1993 when he became head coach of the Purefoods franchise where he tasted early success, winning two titles in the 1993 All-Filipino and 1994 Commissioner’s Cups.

He then won the 2002 All-Filipino and 2003 Reinforced Conferences with Coca-Cola before chalking up for more titles with TNT from 2009 to 2012.

Reyes said he was humbled with TNT’s decision to bring him back and be the new head coach of the team.

“Coaching again in the PBA provides me an excellent platform to advance this advocacy. I have spent the best years of my career as a ka-Tropa, and I look forward to this new challenge,” said Reyes.

Al Panlilio, Smart President and CEO and PLDT Chief Revenue Officer, said he’s looking forward to what Reyes will do in his second spell with TNT.

“Basketball is in the DNA of Filipinos, especially us at PLDT and Smart. That is why we are looking forward to working with Coach Chot as he leads TNT Tropang GIGA in the coming PBA season,” said Panlilio.