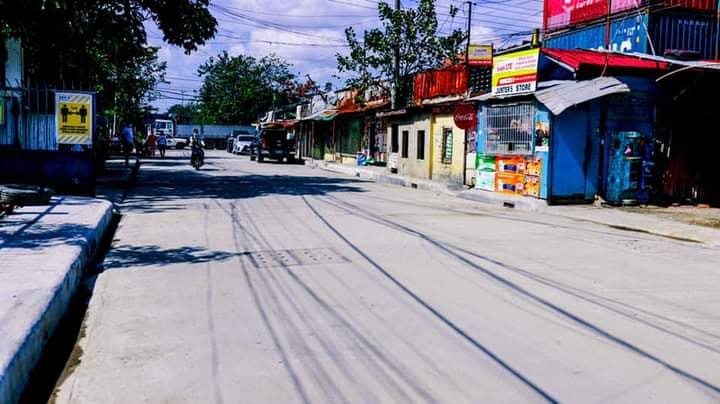 The 34 million road and drainage projects Sitio Superior, Barangay Looc has been completed and has addressed the flooding problem in the area. | Mandaue City PIO

MANDAUE CITY, CEBU, Philippines — The recently completed P50 million concreting and drainage projects of Barangays Looc and Centro in Mandaue City have addressed the flooding problem in these areas.

Lawyer John Eddu Ibañez, executive secretary of Mayor Jonas Cortes, said that there would be no more problem with flooding in these areas because the water would now go through the drainage and into the sea.

Ibañez said that before the projects were implemented and completed the road in the area, specifically in Sitio Superior was damaged and muddy because of the floods.

He said that the city spent P50 million on the projects — P16 million for the concreting and drainage of the road beside the city’s hospital in Barangay Centro and P34 million in Sitio Superior, Barangay Looc.

The project involving road beside the city’s hospital was completed last year (October 30, 2020) while the project in Sitio Superior was just recently completed.

(The mayor wanted the project done quickly. This was made a priority and the project was completed in less than a year. This is the mayor’s thrust that priority projects involving roads should not be delayed. We should do follow up on the contractor so that the project would be completed quickly without sacrificing quality.)

Ibañez also said that the mayor also planned to construct a road beside the city hospital going to the city jail as an alternative route to help ease the traffic in V.M Cortes St.

He said it would serve as an alternative route for the Public Utility Jeepneys (PUJs). The PUJs will soon ply on those streets going to the first bridge and then to Lapu-Lapu City. /dbs

Read Next
Over 3,500 individuals evacuated in C. Visayas due to Auring