But since movement remains restricted because of the pandemic, this year’s gathering was made an online event that was streamed on their official Facebook Page.

Professionals in the field of veterinary medicine shared tips on how to best care for our pets.

Dr. Ryan Yandug, dean of the College of Veterinary Medicine, said that the gathering also served as a venue for their graduates to share information on pet care that are also beneficial to students who are currently enrolled or those who are planning to take up the course.

“SWU has been producing competent vets… and we still need more vets in Cebu and the country as well to address food shortage and problems,” he said.

Speaker Dr. Leo Roberto Bebita, an alumnus of SWU-PHINMA’s College of Veterinary Medicine, gave viewers a glimpse of what his live as a veterinarian is like.

Bebita said that his journey was never easy because of struggles and hardship that came his way “and through those challenges, I was able to rise above them.”

In 2013, Bebita landed on the 5th spot of the Veterinarian Licensure Examination.

Dr. Remaur Herrera said in his talk that pets are also vulnerable to the pandemic that is now threatening the Cebuanos and crippling the local economy.

He explained that a small number of pets have been confirmed to be infected with the virus, mostly after close contact with an infected person.

Common pet symptoms include vomiting, diarrhea, and frequent sneezing among others.

Although some manifested mild symptoms that can easily be treated at home, most of the infected pets did not show any signs of illness.

Herrera also noted that there is still no evidence that animals play a significant role in the spread the virus.

“In vitro data also showed that cats, dogs, and ferrets are among those animals that can become infected with a virus and can also spread the infection to other animals,” he said.

“However, mice, pigs, chickens, ducks do not seem to be infected based on laboratory studies,” he added. 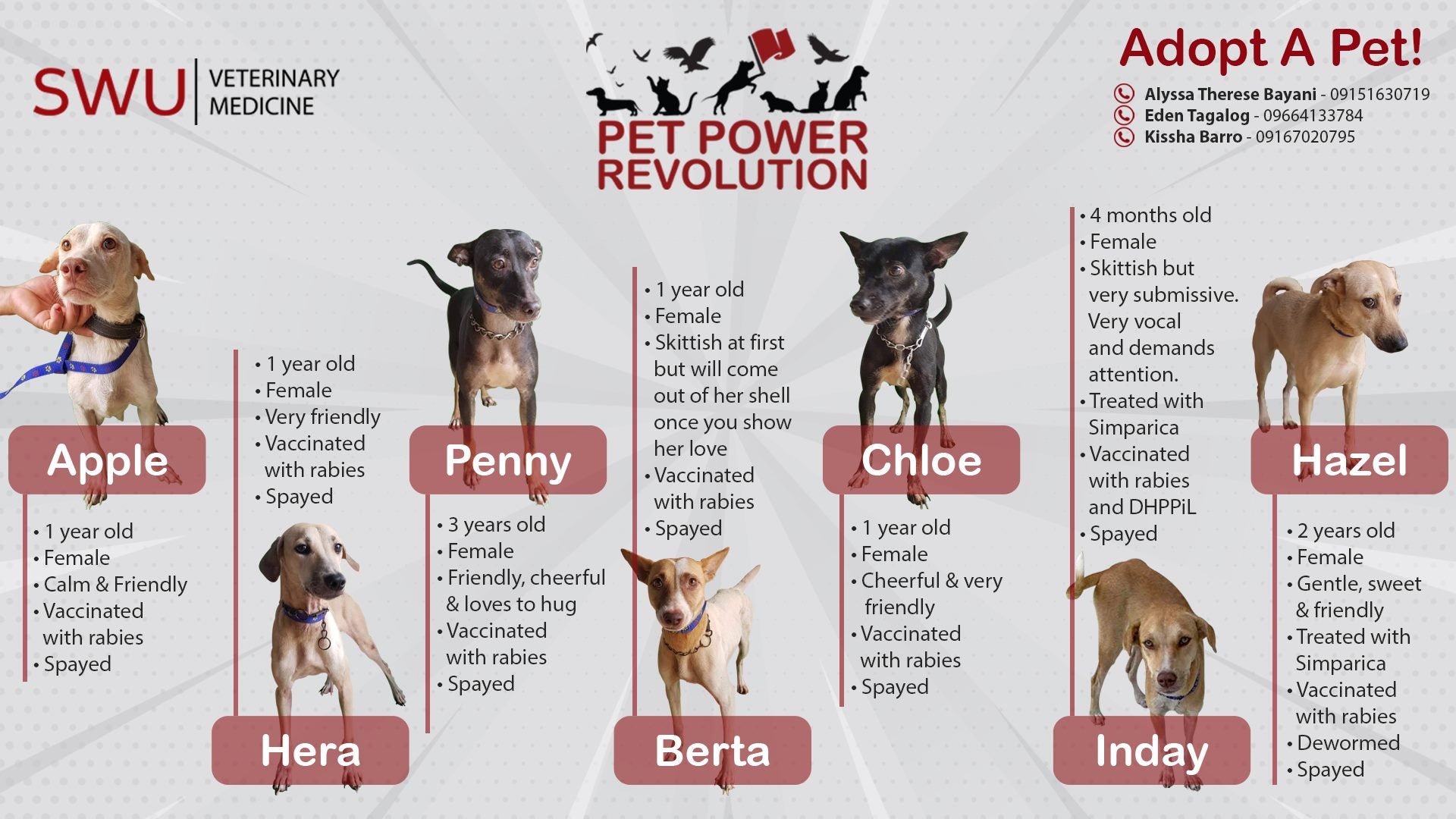 One of the highlights of our virtual PET POWER REVOLUTION 2021 is the Pet Adoption segment.

Co-founder Hazel Aguisanda encouraged viewers that adopt and provide shelter to these pets especially during these trying times.

For those who would wish to give these dogs a new home, check the information on the adoption process through this link:https://forms.gle/pjxcdHpUSguRP62z8