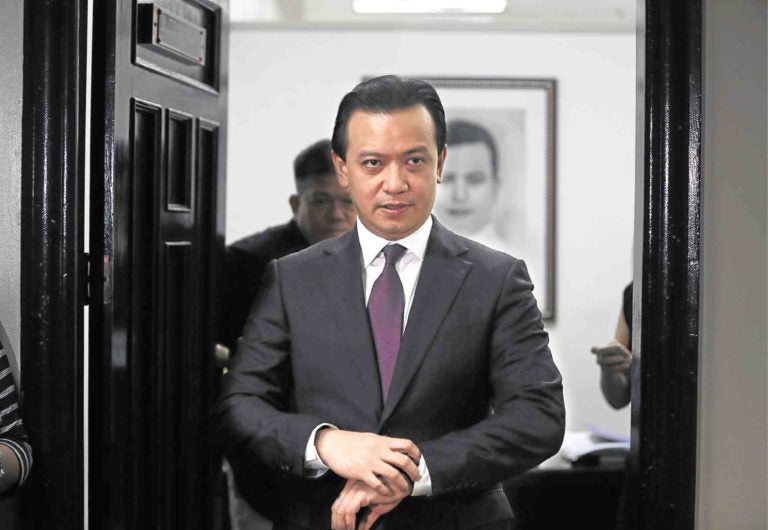 MANILA, Philippines — Former Senator Antonio Trillanes IV on Tuesday hailed the decision of the Court of Appeals to reverse a Makati City court’s ruling that revived the rebellion case against him.

“Sana all na [I wish all] judges and justices ay may ganitong [have this] sense of justice to check the prevailing authoritarianism in the country,” he added.

On September 7, 2011, the Makati City court dismissed the rebellion case against Trillanes after he was given amnesty by then President Benigno S. Aquino III.

But in September 2018, the court granted the plea of the Department of Justice to reopen the rebellion case and order the rearrest of Trillanes after his amnesty was revoked by President Rodrigo Duterte./inquirer.net

Read Next
DOH: 13 who got Sinovac vaccines had ‘minor, common’ adverse effects