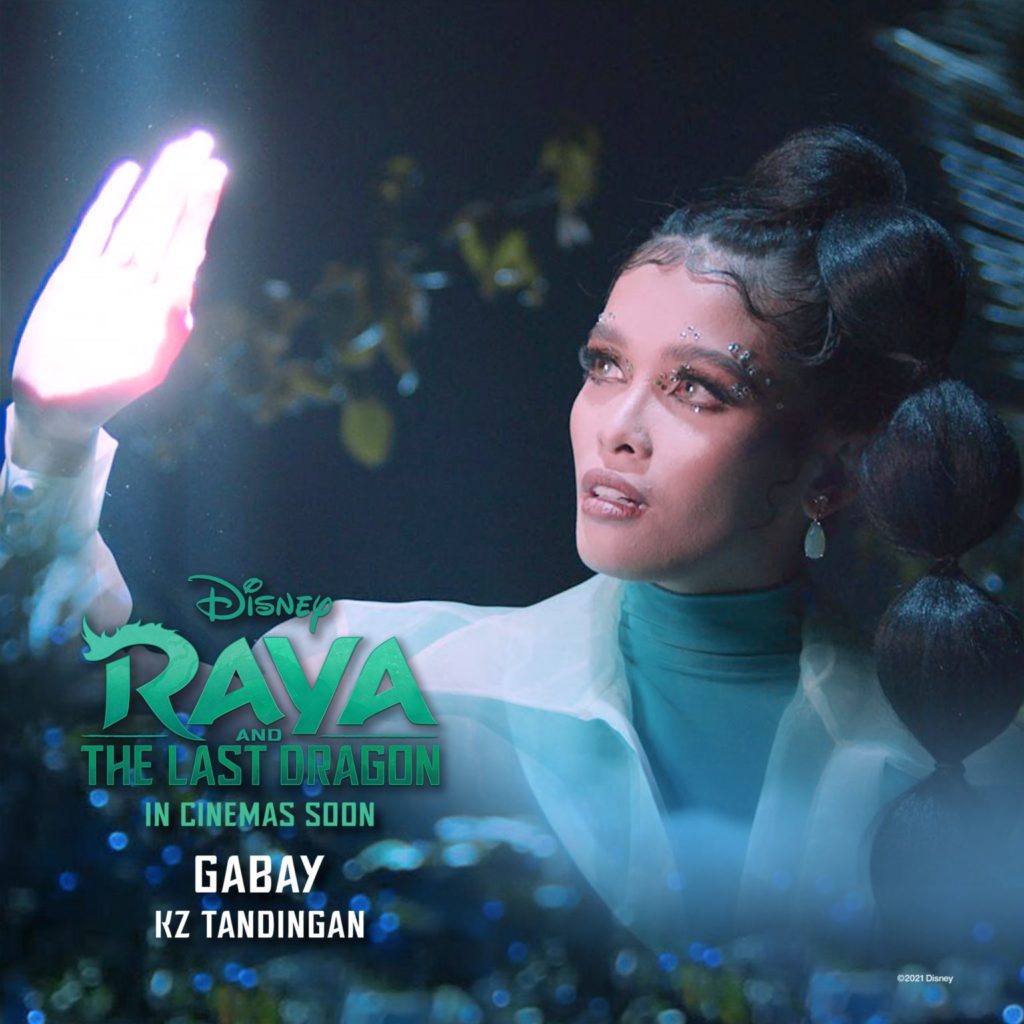 Asia’s Soul Supreme KZ Tandingan is making history as she lends her iconic voice for the first-ever Disney song in Filipino, “Gabay.”

Prior to the reveal of the real singer, social media users were guessing that the voice behind “Gabay” was Sarah Geronimo, Morissette Amon or Ylona Garcia. Many also guessed Tandingan, which turned out to be correct.

Tandingan, meanwhile, took to her own social media pages to share the good news, sharing that she was “so grateful to be chosen to sing the first-ever Disney track in Filipino!”

“Gabay” will officially drop on Spotify this Friday, March 5, according to the singer’s announcement on Instagram.

“Raya and the Last Dragon” follows warrior Raya as she seeks the last dragon to restore peace in the fantasy world of Kumandra, which is inspired by Southeast Asian culture.

Kelly Marie Tran (“Star Wars”) voices Raya, while Awkwafina (“Crazy Rich Asians”) is the dragon Sisu. The said film is set to premiere in streaming service Disney+ and foreign theaters this March, although a specific release date for Philippine cinemas has yet to be announced.  /ra