Iconic crosses in Third Bridge will be lighted on April 15 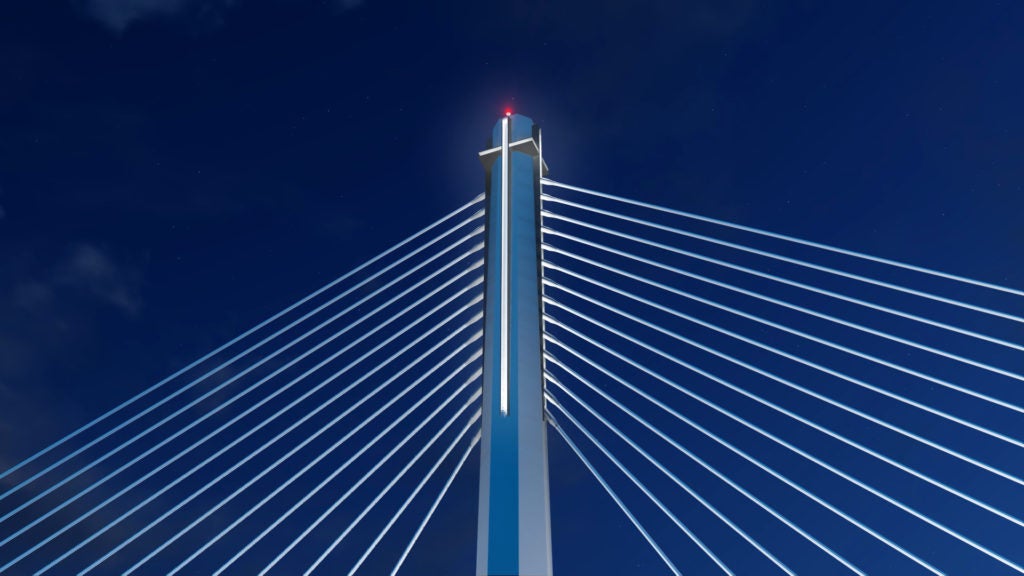 CEBU CITY, Philippines — The iconic cross structures or iconic crosses in the Cebu-Cordova Link Expressway (CCLEX) design, which is the main architectural high point of the 8.5-kilometer expressway, will be lighted on April 15, 2021.

The Cebu-Cordova Link Expressway Corporation (CCLEC) has announced that they are now installing the eight 40-meter crosses which will stand 100-meters above the Mactan Channel.

In their previous explanation on this design, the CCLEC said the crosses would serve as a tribute to the faith and devotion of the Cebuanos to the Christian faith.

This has also led to the local governments to consider naming the bridge as the Sto. Niño Bridge upon its opening.

“The Metro Pacific Tollways Corporation (MPTC) through its subsidiary Cebu Cordova Link Expressway Corporation (CCLEC), builder of the 8.5-kilometer Cebu-Cordova Link Expressway (CCLEX), has already began building eight structures in the shape of a cross, inspired by the 500-year-old Magellan’s Cross and symbolizes Cebu being the cradle of Christianity in the region,” said CCLEC in a statement.

“The installation of eight crosses on top of the CCLEX pylons will be completed and illuminated by hundreds of LED strip lights before the historic commemoration,” the firm said.

On April 15, 2021, Cebu Archbishop Jose Palma will lead the lighting of the crosses as part of the official activities in line with the Quincentennial Celebration of Christianity in the Philippines. The lighting will come a day after the reenactment of the first baptism.

“The crosses above CCLEX is a symbol of celebration. The crosses, having no corpus or body, is ecumenical (universal, all-embracing),” said Fr. Mhar Balili, secretary general of the Archdiocese of Cebu’s 500 Year of Christianity celebration.

MPTC President Rodrigo E. Franco said that their company was honored to be part of the “commemorations of a historical chapter” by not only Cebuanos but of all Filipinos.

Allan G. Alfon, CCLEC president and general manager, said that despite the constructional challenges due to the pandemic, their team was doing their best to complete “this most anticipated infrastructure project in Cebu and the rest of the Visayas region” as soon as possible.

The CCLEX, being built at a project cost of P30 billion, spans the Mactan Channel, linking mainland Cebu from Cebu City with the town across the famed channel, notably Cordova in Mactan island.

As of January 2021, the overall Engineering, Procurement and Construction (EPC) contract of CCLEX is at 68.21 percent while construction progress alone is at 59.68 percent.

The project’s concrete pylons on the side of Cebu City and Cordova have been completed and reached their full structural height of 145 meters over Mactan Channel.

With continuing dismantling of the self-climbing formworks, the crosses on top of the pylons are now visible.

CCLEX is being implemented by CCLEC under a joint venture agreement with the local governments of Cebu City and Municipality of Cordova.