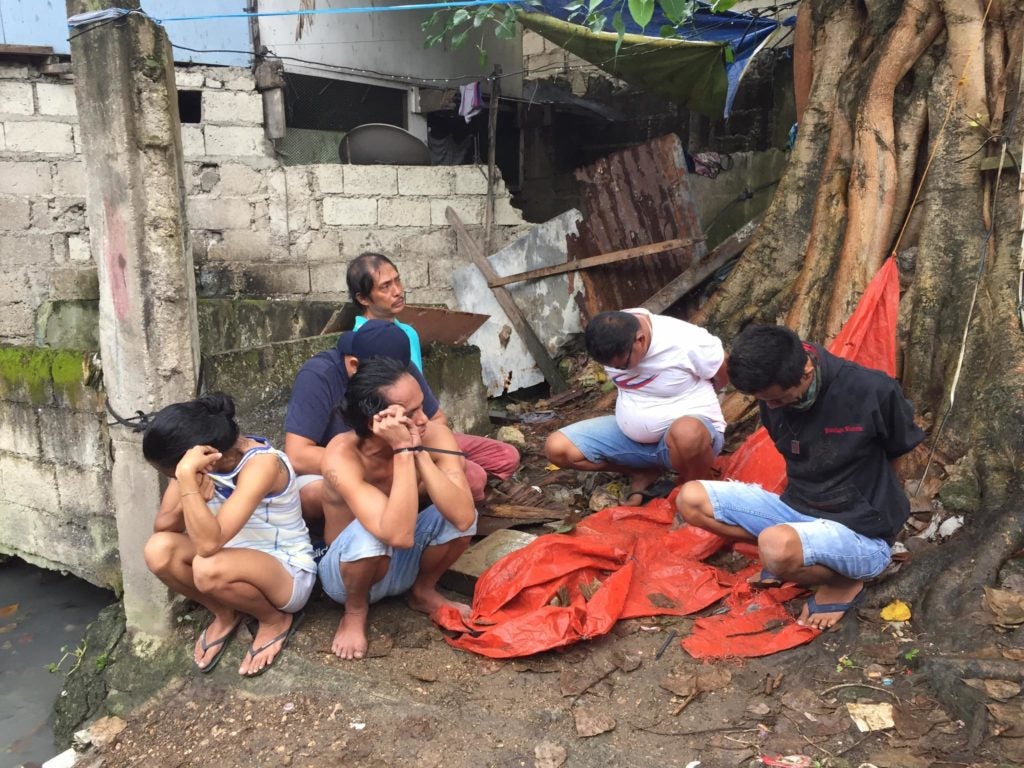 CEBU CITY, Philippines — An active member of the Military Intelligence Group (MIG) assigned in Camp Lapu-Lapu and 11 other drug suspects were arrested around 3 p.m. today, March 12, by operatives from the NBI-CEVRO in Sitio Lower Torralba, Barangay Apas, Cebu City,

Authorities said Sergeant Romel Ampo, 39, a MIG operative and assigned in Cebu for only two months, was arrested along with 11 others inside the house of suspected drug pusher Georgio Sanchez, 35. Sanchez’s house was believed to be a drug den.

Ampo however, denied using drugs and claimed that he was only there to chill out with Sanchez. He said he has been in active service since 2011. He added that he did not know that the said area was a ‘drug spot’.

Ampo said he became friends with Sanchez when he started working in Cebu. He was previously assigned in Manila, he said

Sanchez and his common-law wife, Jennifer Cui, 34, said that they used the lower part of their house as a drug den, allowing users to do their illegal activities there. Cui admitted that this is their only source of livelihood since they were both unemployed. She added that they started their operations in early January this year.

Also, she mentioned that Ampo was a great help to their family, often extending financial assistance.

Apart from the three, the five who were arrested and who admitted to using drugs were Jonathan Perez, 38; Arnel Villecario, 46; Dennis Opura, 49; Annex Losentes, 42; Marlon Lareta, 37; and Roel Tolentin, 35.

Meanwhile, Jeron Abeseia, 38; Junrey Codeniera, 29, and Carlo Polgo, 42, denied that they were drug users. Rather, they said that they only happened to be in the area when the operation happened.

Operatives confiscated sachets of suspected ‘shabu’ and drug paraphernalia inside the house of Sanchez and Cui. As of this posting, they are yet to determine the value of the seized contraband. /rcg