Cebuano songs to be featured in Papal Mass for 500YOC 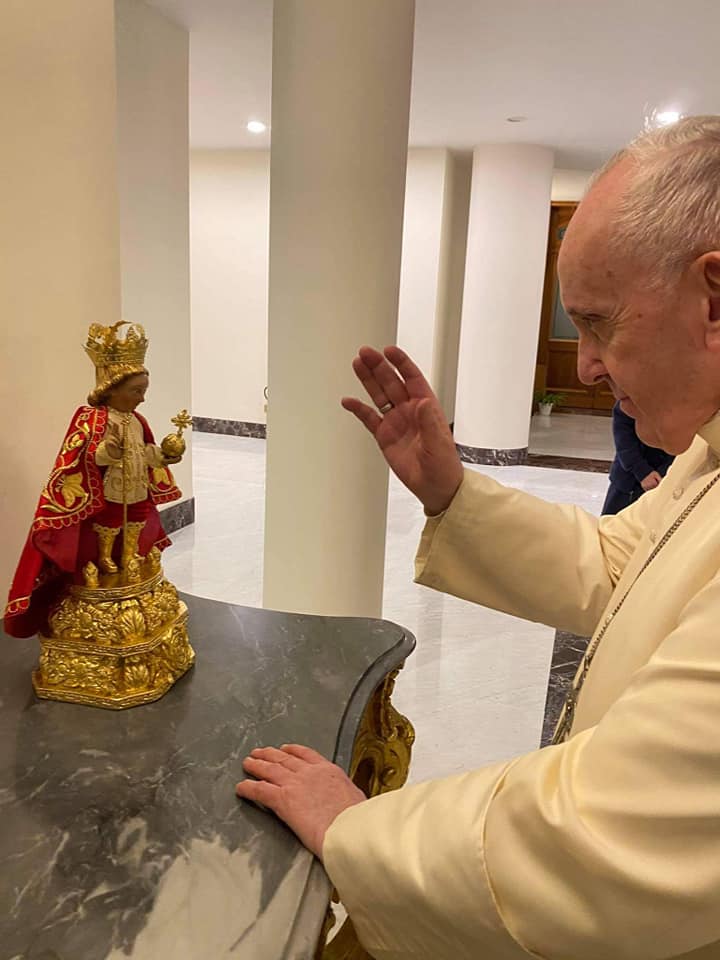 CEBU CITY, Philippines – Pope Francis will preside on Sunday, March 14 (5 p.m. Philippine Standard Time), the Holy Mass in celebration of the quincentenary arrival of Christianity in the Philippines.

And the Papal Mass today will feature Cebuano songs, including the Cebuano hymn in honor of its patron saint, the Señor Sto. Niño de Cebu.

Sunday’s Papal Mass for the 500 Years of Christianity in the Philippines will also close with another Cebuano hymn, the “Maria, Rayna sa Pilipinas” that is dedicated to the Blessed Virgin Mary.

Fr. Ric Anthony Reyes, spokesperson of the Basilica Minore de Cebu, said they are elated that Cebuano songs such as the “Batobalani sa Gugma” (Magnet of Love in English) will be included in the Papal Mass.

“Of course, we are very happy and elated that it (Gozos) will be used because we know that the Santo Nino has a very major role in the celebration of the 500 years. The Santo Niño was given as a baptismal gift,” said Reyes.

The image of the Señor. Sto. Niño was a gift that Portuguese explorer Ferdinand Magellan bestowed to Queen Juana upon his arrival in Cebu in 1521.

According to Reyes, who is also the curator of the centuries-old Basilica, the “Batobalani sa Gugma is the oldest existing song praise in honor of the Holy Child.”

Msgr. Joseph Tan, spokesperson of the Archdiocese of Cebu, also said they are honored to have Cebuano songs for the Papal Mass in celebration of the arrival of Christianity in the country.

“We are happy. It is an honor that the Vatican will be using the Cebuano songs,” said Tan.

“But we hope that every Filipino will join in the celebration because it is not just a celebration for Cebuanos but for the entire Philippines,” he added.

The Papal Mass in celebration of the 500 Years of Christianity in the country will be held at St. Peter’s Basilica in Vatican City.

RELATED STORY: Pope Francis to preside Mass for 500 years of Christianity in the Philippines

Read Next
P2.5M worth of properties lost in Calamba dawn fire