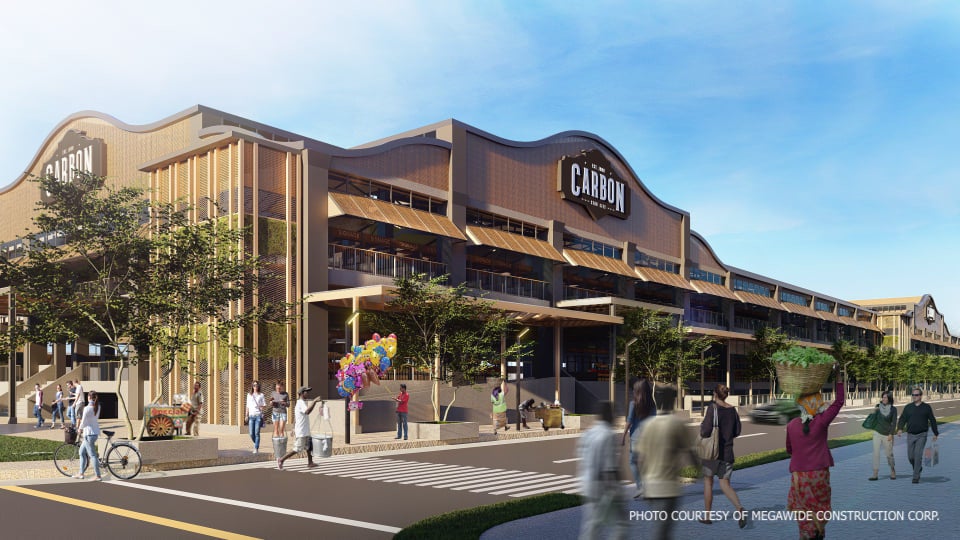 CEBU CITY, Philippines — The developer of the Carbon Market modernization program, Megawide Construction Corporation, which has been granted a joint-venture agreement (JVA) with the Cebu City government, continues to discuss concerns with the stakeholder-vendors of the market.

This amid the postponement of the groundbreaking ceremony for the project on March 17, 2021, after a long debate with the stakeholders during a special session in the City Council on March 15, 2021.

In a statement, Megawide said their consultations continue as vendors have raised concerns on some portion of the JVA and may be confused by rumors surrounding the contract.

“These are valuable inputs that we are receiving from our vendors and including in the project plan. We are very open to discussions, and we are committed to collaborating with all sectors to ensure the inclusive success of this project,” said Cristina Angan, Carbon Redevelopment Project-Head of Commercial.

One of the major concerns of the market vendors was the rent of the stalls and whether all current vendors, reaching up to 3,000, would be accommodated in the new public market that would be completed in two to three years.

Megawide reiterates that the price for the rentals will be retained in the three years while the new Carbon Market will be in construction.

Rental rates are currently fixed at P8.50 per square meter per day – among the lowest rates in the entire country. After the three years, any raise in the rent will still pass the Cebu City Council.

“Vendors and regular stallholders should not worry about rates because they will be based on the Market Code, approved by the Council and more importantly, upon consultation of Vendor Leaders. As to ambulant vendors, the current ‘arkabala’ system will still be followed,” Angan assured.

In response to concerns regarding privatization of the public market,  Angan has reiterated that the project is a public-private partnership and so the development — including the public market — will remain the property of the people of Cebu.

As private sector partner, Megawide will invest P5.5 billion for phase one and make a yearly guaranteed payment to the local government.

Read: Carbon redevelopment: At least 600 vendors to be relocated

As for displacement, Megawide said no vendor would be displaced during the construction as they would be placed at a temporary facility in the fourth quarter of this year.

Once the vendors from both areas are transferred, construction for the permanent public market facility will begin, and will be completed in two years.

For the permanent structure, it will be  a multi-level building, the permanent facility will host all current vendors of the public market.

“We have accounted for the number of vendors based on the official list of the Market Operations Division, including ambulant vendors. They will all have space in the upgraded facility – no vendors will be displaced. The building is also designed to maximize foot traffic in all areas to evenly drive customer traffic in all locations,” said Angan.

Aside from representation in the project, vendors’ organizations will be given a fair chance to help operate facilities in the modern public market subject to certain key performance indicators.

Megawide said that as they continued to discuss with the stakeholders to iron out the details of the project and to make the transition easier for the vendors.

The vendors already said in previous statements that they would want the city government to fully operate the new public market and not to let Megawide take control of the rent and were currently not satisfied with Megawide’s “compromises.”