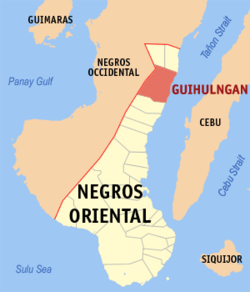 Major Cenon Pancito III, spokesperson of the 3rd Infantry Brigade of the Philippine Army, confirmed to reporters on Wednesday, March 24, that an armed conflict occurred in Barangay Trinidad, Guihulngan City between insurgents and government forces from the 62nd Infantry Battalion.

Pancito said the incident resulted in the deaths of eight alleged members of the Communist Party of the Philippines – New People’s Army (CPP-NPA).

“We’re still verifying the identities of the casualties. In the part of the Philippine Army, no one was killed,” Pancito said in Tagalog.

The Philippine Army official also said their troops, together with the Philippine National Police (PNP) stationed in Negros Oriental, are currently conducting hot pursuit operation to hunt down other insurgents whom they believed managed to escape during the firefight.

“We will continue pursuing them as our men still found tracks and traces of the rebels in the area near the encounter,” Pancito explained.

According to Pancito, the encounter stemmed from an information they received from a concerned citizen, who reported about the presence of armed rebels in their area.

“We immediately respond to verify the information and later found out it was reliable. In addition, the location where they (rebels) were spotted by residents also happened to be near previous encounter sites,” Pancito explained.

Guihulngan City is a fifth-class component city belonging to the territorial jurisdiction of the province of Negros Oriental.

Read Next
Products and devices that can help conserve electricity