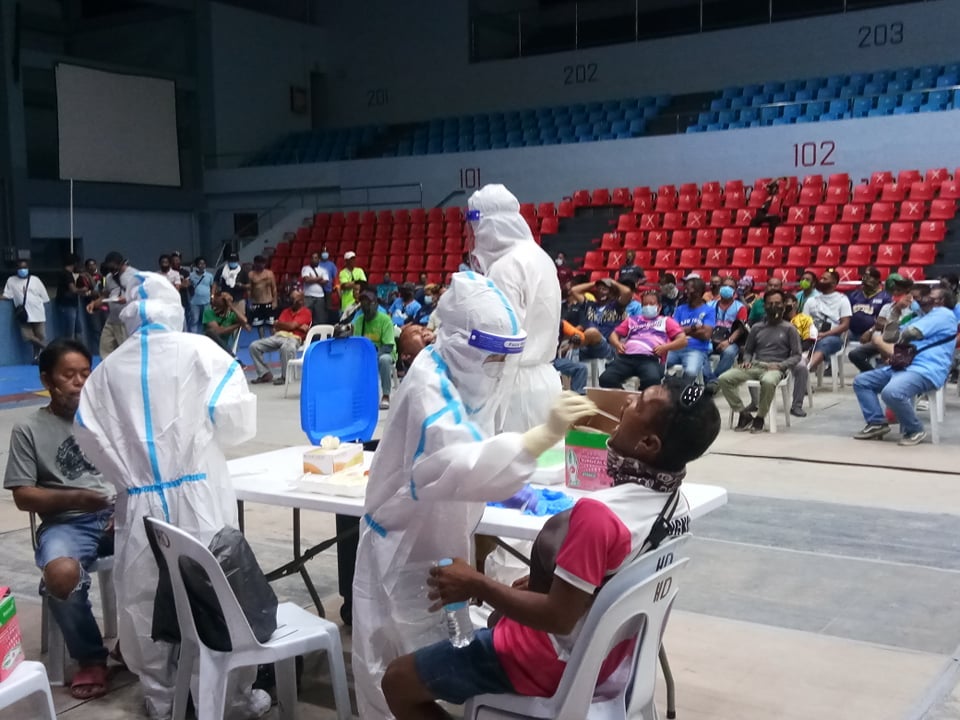 PUV drivers are being swab tested at the Hoops Dome in Lapu-Lapu City in this October 8, 2020 photo.

LAPU-LAPU CITY, Cebu—The Lapu-Lapu City Government wants the Hoops Dome in Barangay Gun-ob to get accreditation from the Department of Health (DOH) to be an isolation facility.

Lapu-Lapu Mayor Junard “Ahong” Chan said that they already have prepared the necessary documents for the request for accreditation, which is now pending submission.

Chan said that the Hoops Dome is already qualified to become an accredited isolation facility and that it only needs the approval from the DOH.

Earlier, DOH Central Visayas spokesperson Dr. Mary Jean Loreche stated that the Hoops Dome is not an accredited isolation facility, and it only serves as a holding area for Coronavirus Disease 2019 (COVID-19) patients.

Last week, a 36-year-old Overseas Filipino Worker (OFW) from Toledo City, died in the said facility after he had a heart attack.

The OFW was quarantined at the Hoops Dome after he tested positive for COVID-19.

Chan also belied the allegations of the wife of the patient that the city did not assist them.

(At least we can make it clear because the wife is saying that it seems we just left them and did not take care of them.)

Chan also explained what happened to a woman in the isolation facility, whose photos became viral on social media.

In the photo, it can be seen that a woman who fainted  was being attended to by fellow COVID-19-positive patients.

Chan said that the woman was only sufferig from loose bowel movement (LBM) and that she was not in serious condition.