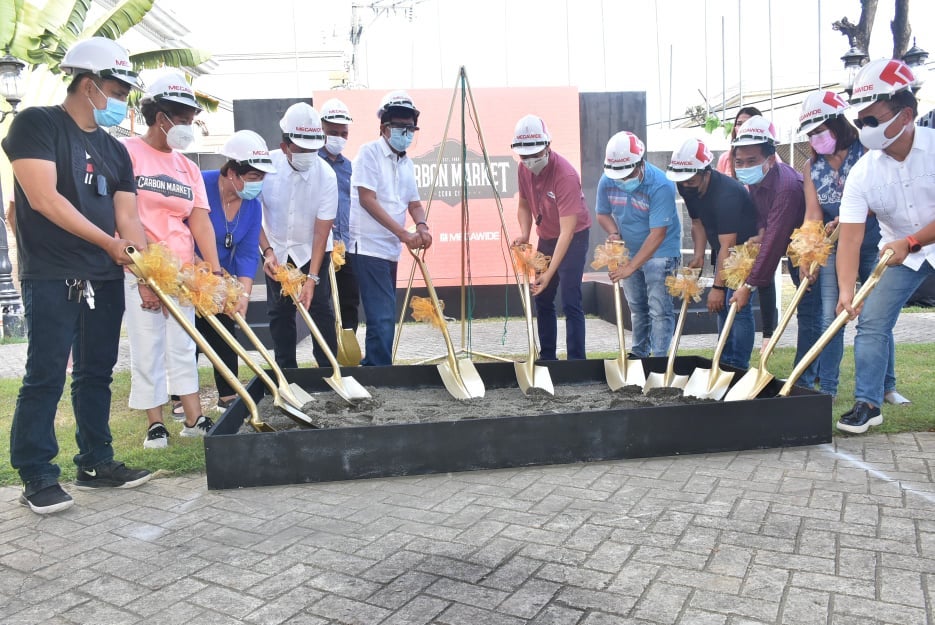 After several delays, the Cebu City government and the Megawide Construction Corp. have finally conducted the groundbreaking ceremony for the Carbon modernization program, a five-year project with a budget of P5 billion. | Photo Courtesy of Cebu City PIO

CEBU CITY, Philippines — Cebu City Mayor Edgardo Labella wants the rent for Carbon Market vendors to be waived for the next three years until the new market is built.

This he said during the groundbreaking of the P5.5 billion public-private partnership project (PPP) of the city government and Megawide Construction Corp. on March 24, 2021.

The groundbreaking for the Carbon Market modernization program has jumpstarted the long process of transforming the public market into the envisioned first-class commercial hub.

To pave way for the construction of the modern market, hundreds of vendors will be relocated from the Warwick Barracks and Freedom Park to a refurbished Carbon Unit II.

The rent will remain the same as promised by Megawide within the three years of the construction until they will be transferred to the new market where 1,500 stalls will be shared by over 3,000 vendors who will be selling in shifts.

Labella wants something “better” for the vendors and would want to waive the rent or a portion of it for the next three years.

“For the meantime, I will issue an executive order but there needs to have a legislative intervention para matuman ni,” said the mayor.

In particular, the mayor is referring to the Market Code which contains the amount of rent and arkabala every stall owner or ambulant vendor has to pay to maintain the market.

READ: Vendors: We will not give up Carbon Market

The mayor did not detail how the city can waive the rent and maintain the market, but he said he would like it to be realized.

After all, the rent will slightly increase once the vendors will transfer to the new market, although Megawide assured that any rise in rent will go through the City Council.

Despite the groundbreaking, the vendors said they will continue negotiations with Megawide as they still have some concerns about the management of the new market. /rcg