Locsin on Pacquiao: Don’t vote for but honor him 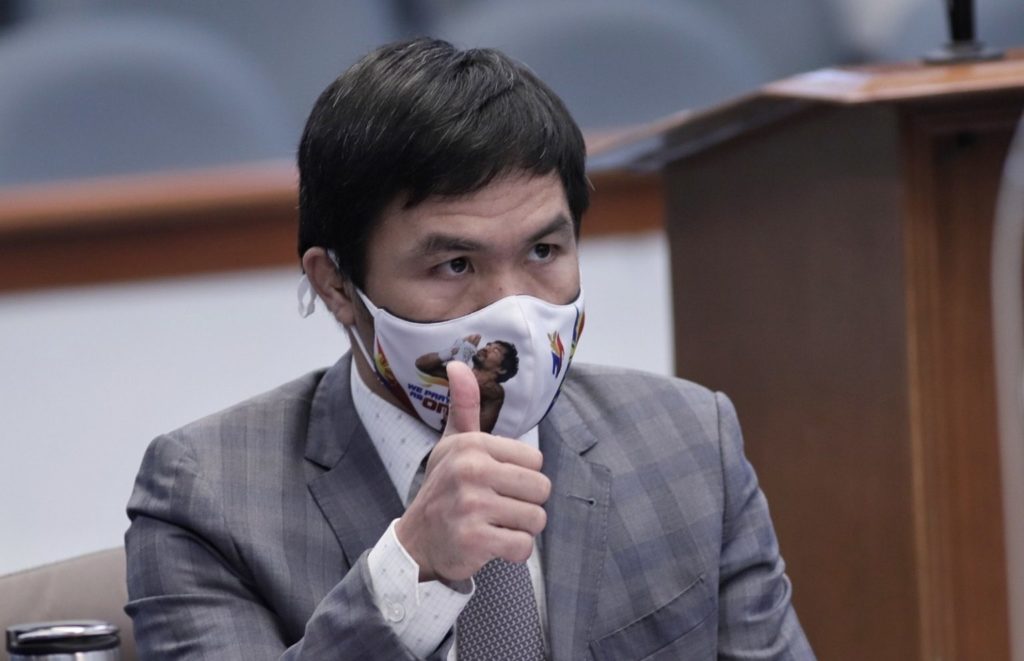 MANILA, Philippines — After Senator Manny Pacquiao was criticized for his supposed lack of competence in leading the country due to his absences as a lawmaker, Foreign Affairs Secretary Teodoro Locsin Jr. zeroed in on the professional boxer-turned-politician’s achievements in the boxing ring.

“Don’t vote for but honor him,” Locsin said on Twitter Thursday.

The foreign affairs chief was reacting to a news report where retired Senior Associate Justice Antonio Carpio, the lead convenor of the electoral coalition 1Sambayan, said the boxing champion lacks the competence to lead the country as evidenced by his absences at the House of Representatives and now as a senator.

“Yes but he is a good and honest man in every fiber of his being; kindness personified in the man who gave our country the greatest honor since EDSA ’86: he made us proud again to be Filipino,” Locsin said.

Yes but he is a good and honest man in every fibre of his being; kindness personified in the man who gave our country the greatest honor since EDSA '86: he made us proud again to be Filipino. He did it with less fuss: in a square ring—again and again. Don't vote for but honor him https://t.co/AMjsURkS86

“He did it with less fuss: in a square ring—again and again,” he added.

On Wednesday, Pacquiao responded to Carpio’s criticism of his past record as a top absentee in Congress, saying his “record as a legislator can speak for itself” despite his absences.

At least two of Pacquiao’s colleagues in the Senate have disclosed that he is interested in joining the presidential race in 2022.

Pacquiao, however, has yet to make a confirmation or a denial.

Read Next
On the hard court or in a fire scene, Cebuano Dyll Roncal gives it his all