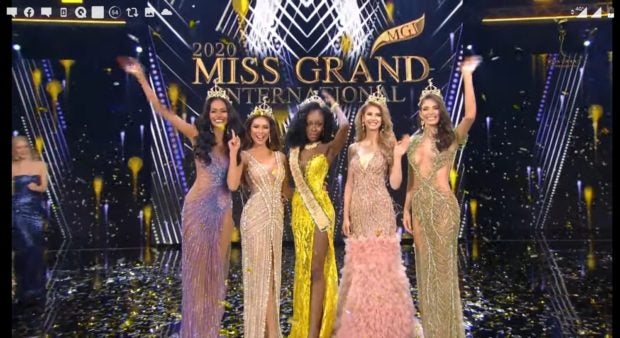 Miss Grand International Abena Appiah of the United States (center) poses with her runners-up (from left) Aurra Kharishma of Indonesia, Samantha Bernardo of the Philippines, Ivana Batchelor of Guatemala, and Lala Guedes of Brazil./SCREENSHOT

MANILA, Philippines — Abena Appiah was proclaimed Miss Grand International in ceremonies staged at the Show DC Hall in Bangkok, Thailand, on March 27, making her the first woman from the United States to win the “golden crown.”

She received the crown from Valentina Figuera from Venezuela who won in 2019.

Appiah bested 62 other women for the title in the global pageant’s eighth edition. The Philippines’ Samantha Bernardo was first runner up, while Ivana Batchelor from Guatemala was second runner up. 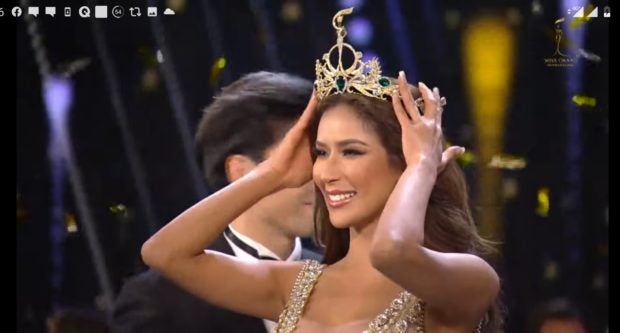 Samantha Bernardo of the Philippines settles for the first runner-up spot./SCREENSHOT

Aurra Kharishma from Indonesia placed fourth, while Lala Guedes from Brazil rounded up the Top 5.

The Top 3 delegates tied in the final round of the competition, so the organizers decided to break it with another question.

Appiah was Ghana’s wildly popular delegate in the 2019 Miss Earth pageant in the Philippines who trended online for her witty and funny introductions during the Manila-based pageant’s activities. She finished in the semifinals. 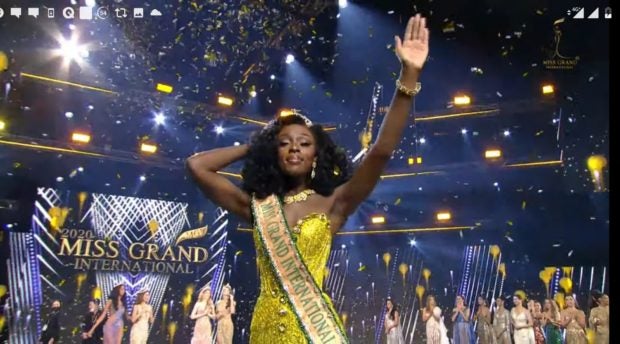 Abena Appiah is the first woman from the United States to win the Miss Grand International crown./SCREENSHOT

Bernardo, who was second runner-up in the 2018 and 2019 editions of the Binibining Pilipinas pageant, suddenly found herself packing her bags for the international pageant in the thick of preparations for the national pageant’s 2020-2021 edition.

Earlier this year, the Bb. Pilipinas Charities Inc. (BPCI) appointed her as the country’s official representative to the 2020 Miss Grand International contest because the global competition set a March coronation, while it tentatively set its finals in April.

Technically, this is the Miss Grand International pageant’s 2020 edition, held to make up for the lull caused by the COVID-19 pandemic. The international organizers are planning another competition to be held later this year, where this year’s Bb. Pilipinas winner will be sent. 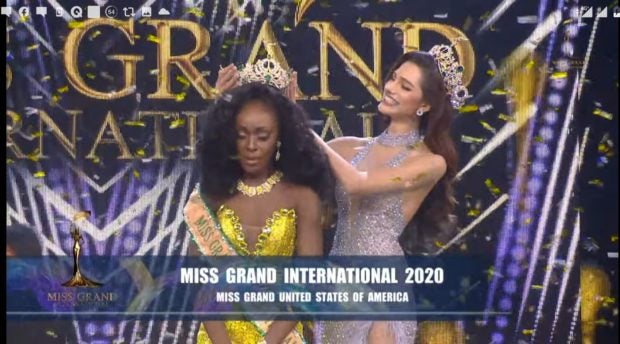 Read Next
Life in a Caravel