500 YOC organizers: We are prepared 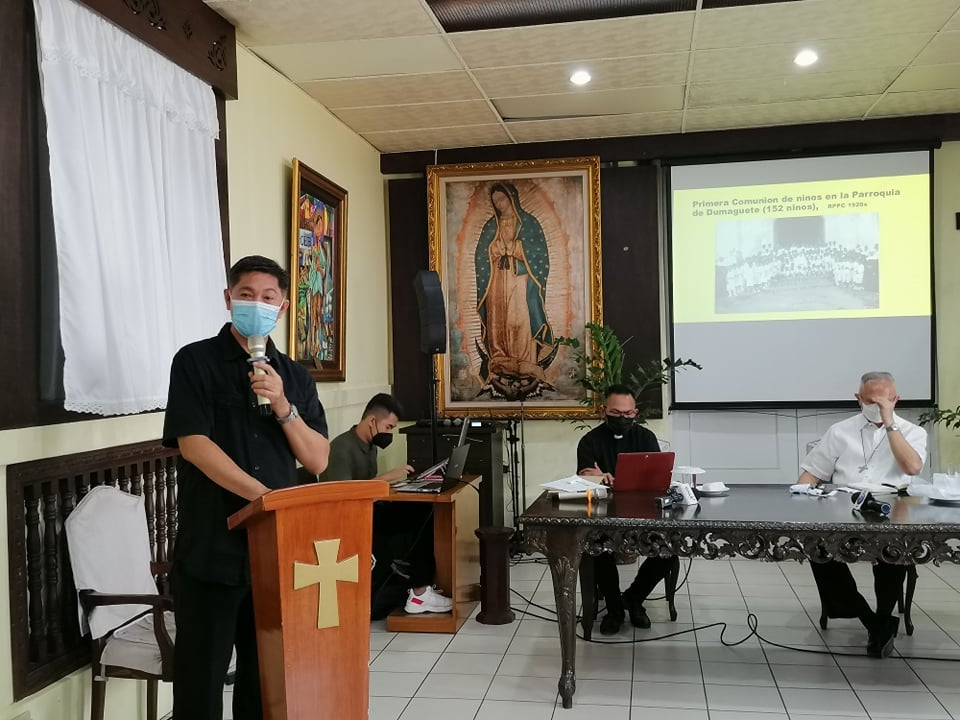 The Archdiocese of Cebu unveils on Tuesday, March 30, 2021, the final lineup of events for the 500 Years of Christianity Celebration in the Philippines. | CDN Digital Photo

CEBU CITY, Philippines – “We are prepared.”

This was the statement from the organizers of the quincentenary celebrations for the arrival of Christianity in the Philippines, a week before the year-long event kicks off.

In a press conference on Tuesday, March 30, 2021, the Archdiocese of Cebu bared the final lineup and preparations they made for the 500 Years of Christianity (500 YOC) which will begin this Easter Sunday, April 4.

“We are prepared for the celebration. As of this point, what we are waiting for is the implementation of our plans and preparations,” said Rev. Fr. Mhar Vincent Balili, chairperson and secretary-general of the Archdiocese’s 500 YOC organizing committee.

But even if the launching of the 500 YOC will be in a few days from now, Balili said they are not ruling out chances that some of their plans may be modified or worse, canceled, due to prevailing government protocols against COVID-19.

“We are continuously coordinating with both local and national government officials, the LGUs (local government unit), and the IATF (Inter-Agency Task Force for the Management of Emerging Infectious Disease),” said Balili

“We are anticipating possible changes along the way, and we don’t discount them. It has been part of our plan to also prepare if things get worse, like canceling some physical events,” he added.

This Easter Sunday, at least 13 parish churches in Cebu will be opening their doors for the declaration of the Year of Jubilee.

A Simultaneous Mass will also be conducted in all parish churches in the island-province, with Cebu Archbishop Jose Palma leading the activity from the Cebu Metropolitan Cathedral in downtown Cebu City.

These twin events will mark the start of the 500 YOC which is expected to end by April 2022.

To recall, the quincentennial anniversary of Christianity’s arrival in the country was prolonged due to continuing threats of the COVID-19 pandemic.

The Roman Catholic church here is expected to lead the reenactment of the First Baptism that will be held this April 14 at Plaza Sugbo, right beside the shrine housing Magellan’s Cross.

It will be followed by a Pontifical Mass to be presided by the Papal Nuncio to the Philippines Archbishop Charles Brown.

Palma, in a press conference on Tuesday, also confirmed to reporters that he will be leading the ceremonial blessing of the third Cebu – Mactan Bridge this April 15.

Other celebrations in line with the 500 YOC included art exhibits in malls, cultural shows at the Basilica Minore del Sto. Niño de Cebu, and a three-day motorcade in honor of the Holy Child covering the cities of Talisay, Cebu, Mandaue,  and Lapu-Lapu.

However, as threats of the pandemic continued this year, the church said they, together with participating local governments and the police, will be deploying enforcers to implement minimum health standards such as physical distancing, and crowd limit.

Meanwhile, Palma said the Archdiocese is grateful to the government for not only allowing a limited number of devotees to attend Holy Week events inside churches but also for the 500 YOC celebration to proceed.

“We are very grateful… And we hope this continues because then we have something to really look forward to,” said Palma.

He also said reports about the COVID-19 transmission in Cebu slowing down gave organizers of 500 YOC from the Archdiocese a renewed sense of hope.

“It’s more encouraging, in a lot of ways. That controlling the spread of COVID, and the situation in terms of (new) numbers is declining are good signs. These are something to be grateful for,” Palma added.

Read Next
Losing interest in someone? Take note of these things