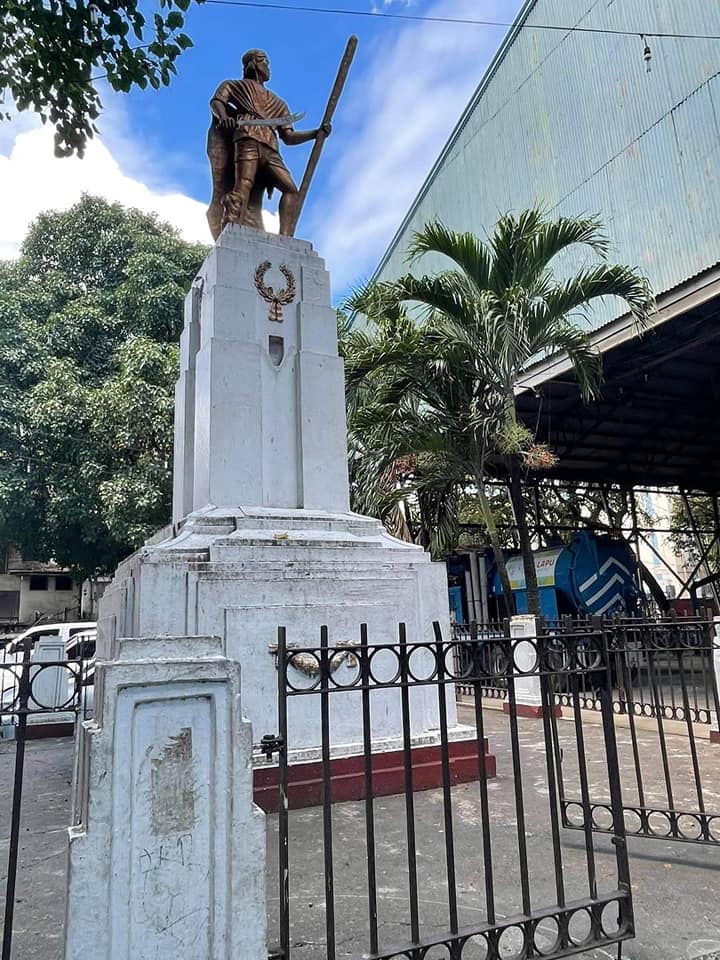 The Datu Lapulapu monument that is located near the city plaza. | Photo courtesy of Junard “Ahong” Chan

MANDAUE CITY, Cebu — Another important remembrance of the heroism of Datu Lapulapu is getting a facelift.

Lapu-Lapu City Mayor Junard Chan said City Hall personnel started on Saturday morning, April 3, the restoration works on the Lapulapu monument that is located near the city plaza because this is an important part of the city’s history just like the Muelle Osmeña.

The project is also part of the city’s preparations for the 500th year commemoration of the historic Battle of Mactan, Chan said in an advisory that was posted on his Facebook page.

He said that the monument was made of corals and was built in 1933 or 88 years ago.

Even if it is Black Saturday, Chan said that personnel from the General Services Office (GSO), Clean and Green Office and the City Planning Office, worked on the monument’s facelift.

(It was better that they started their work while the others were still on their holiday break so that the ongoing work would not cause disruption of work of those who have offices nearby.) 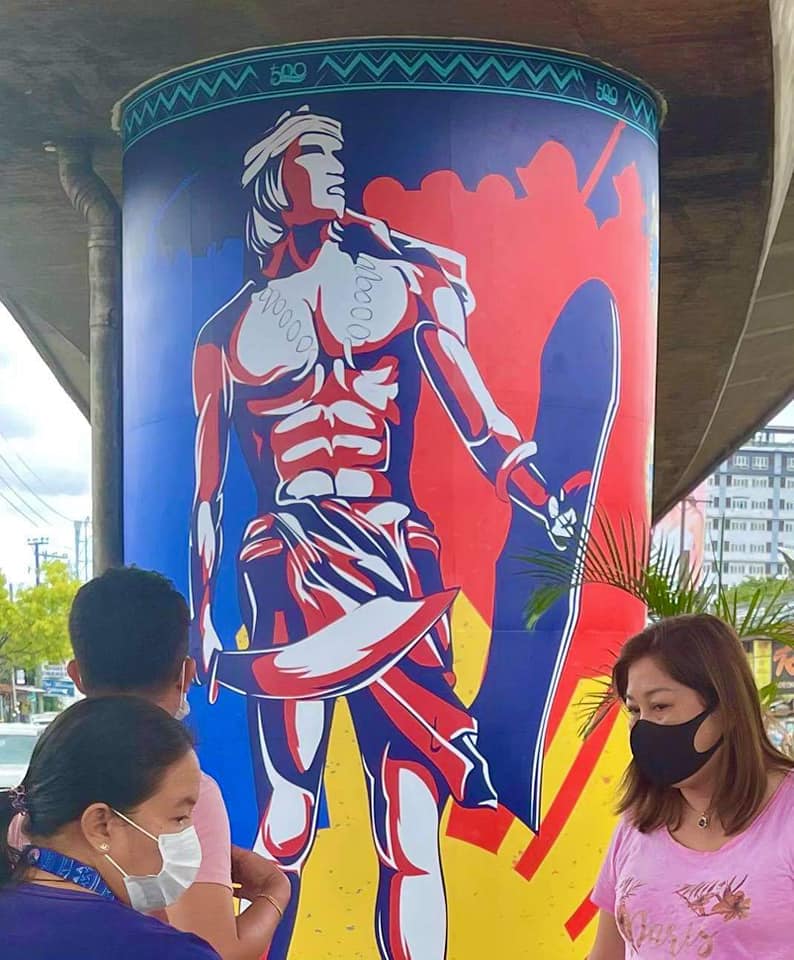 A Datu Lapulapu decal is plastered on one of the pillars of the viaduct of the Marcelo Fernan Bridge. | Photo courtesy of the Lapu-Lapu City PIO

Meanwhile, Chan will lead on Easter Sunday the lighting of the Datu Lapulapu decals that are plastered on the pillars of the viaduct of the Marcelo Fernan Bridge.

The lighting ceremony is scheduled at 6 p.m. and will also signify the official start of the month-long celebration of the 500-year of Christianity or the Quincentennial commemorations in the city.

Read: Conservation of 1866 Magellan Obelisk at the Liberty Shrine in Mactan now complete

Read: 500 Years of Christianity and the Quincentennial Cross