Oponganon completes swim around Olango Island in under 10 hours 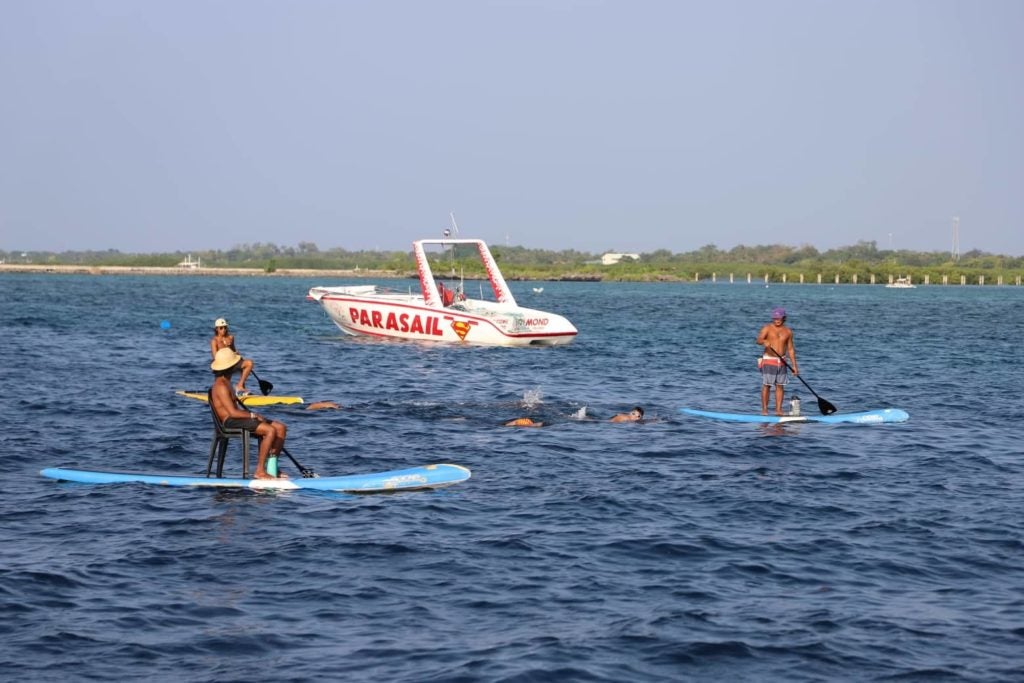 This as the 25-year-old open-water swimmer successfully completed a swim around the sea waters of Olango Island in Lapu-Lapu City. He finished circling the island in under 10 hours.

Lapu-Lapu City Mayor Junard “Ahong” Chan said on his Facebook post that Alegres started to swim from the Sta. Rosa port at around 3:30 p.m. on Sunday, April 4, 2021 and finished at 3:30 a.m. on Monday.

But Alegres’ own recording shows he finished the 25,420-meter swim in nine hours, 59 minutes and 48 seconds.

“Super grateful for everyone who supported me all throughout my swim,” Alegres said in a Facebook post.

First Oponganon / person? to swim around Olango island ✅Super grateful for everyone who supported me all throughout my…

Chan was also proud of the achievement.

(We’re proud of you and you will always have our full support.)

Chan said that this will serve as a victory for Alegres as he prepares to swim around the entire Mactan Island on April 24.

He said that Alegres is doing this, to honor Datu Lapulapu in line with the upcoming celebration of the 500th anniversary of the Victory at Mactan.

(I pray that you will be given the strength and good health so you could achieve your goals in this pageantry.)

Read Next
IN PHOTOS: 500 YOC in Cebu kicks off