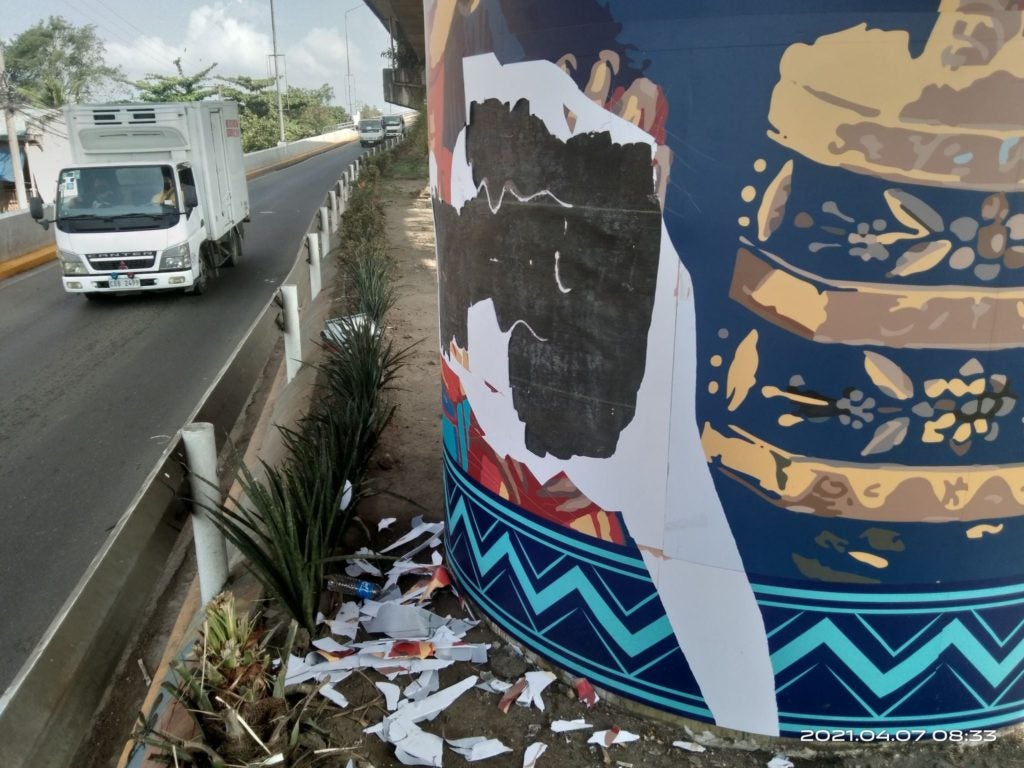 MANDAUE CITY, Cebu – Just three days after these were lighted, Datu Lapulapu decals that are plastered on the pillars of the viaduct of the Marcelo Fernan Bridge were already vandalized.

The destruction of the decals was reported to the office of Lapu-Lapu Mayor Junard “Ahong” Chan early Wednesday morning, April 7, 2021.

Chan has expressed his disappointment on the incident as he also called on Oponganons to provide him with information on individuals who are responsible for vandalizing the decals so they can be arrested and sanctioned. 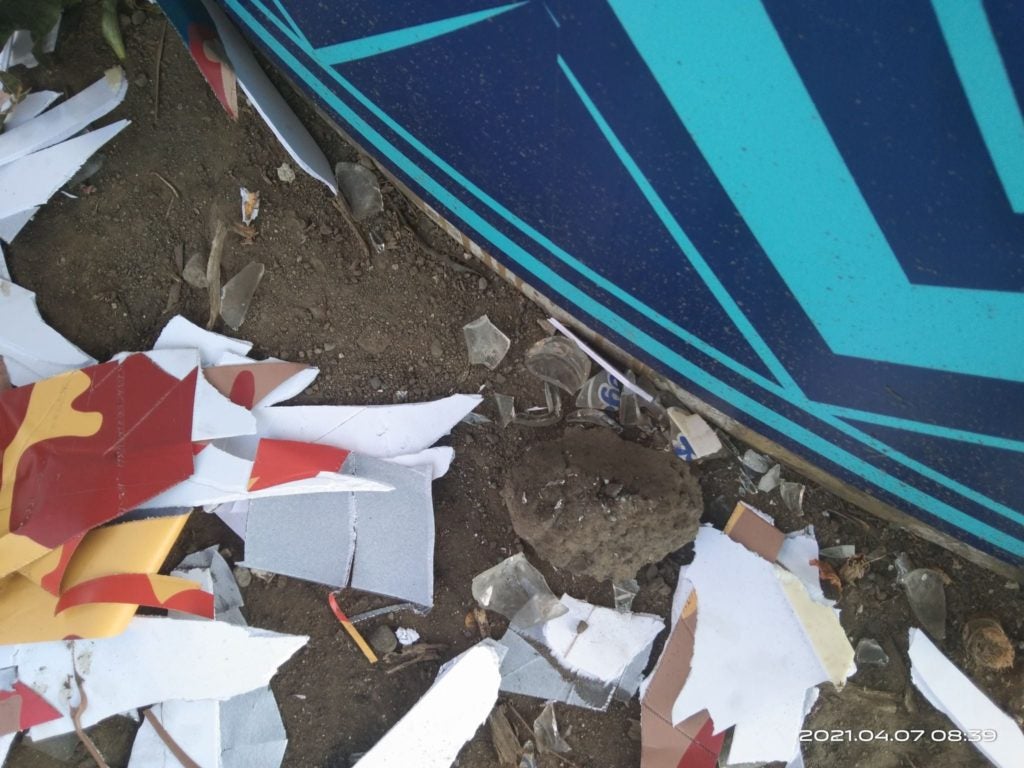 (We are also reviewing our CCTV recordings to locate these misfits.  I will make sure that these individuals will be meted the appropriate sanctions.)

The decals were lighted on Sunday to signify the official start of the month-long celebration of the 500-year of Christianity or the Quincentennial commemorations in the city.

(We just held the lighting of these last Sunday and just days later, there are already those who mock these decals that were  installed by hardworking people. I cannot believe that there are individuals who would do this.)