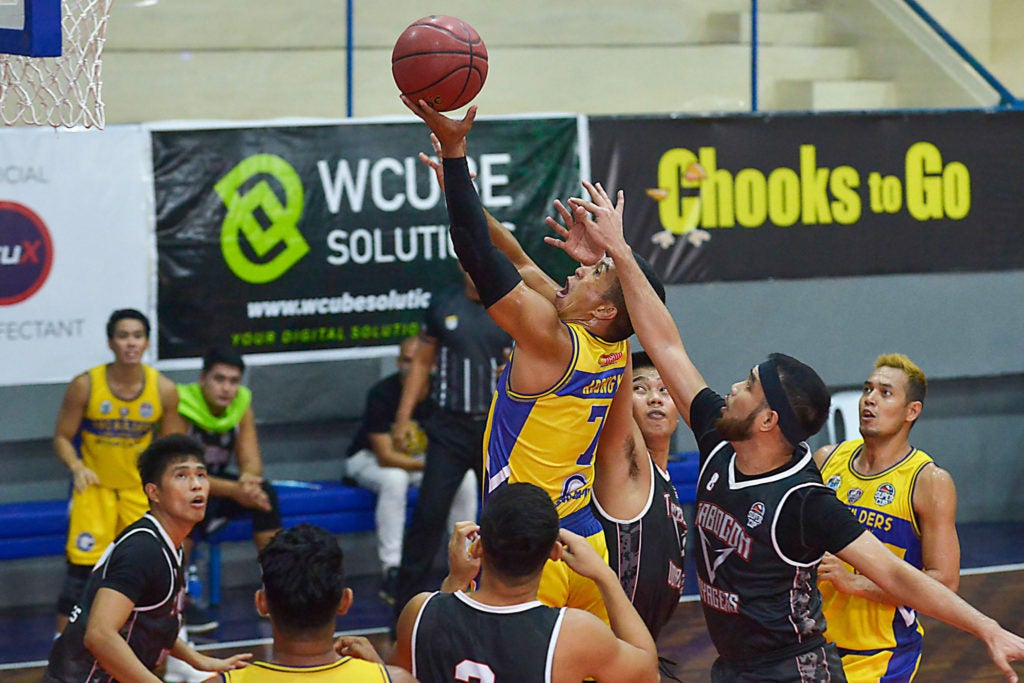 ARQ Builders’ Monbert Arong slips past a phalanx of Tabogon Voyagers for an easy layup during their match in the Visayas leg of the Pilipinas VisMin Super Cup on Saturday, April 10, 2021. | Photo from Chooks-to-Go FB page

Forward Dawn Ochea led the Heroes’ emphatic win with his 12-point performance coupled with seven boards and two assists on 5-of-6 shooting from the field.

Reed Juntilla matched his teammate’s score with his own 12 points paired with one rebound and a block.

The Heroes jumped to a 10-2 start before the Voyagers trimmed their lead to two, 13-15, at the end of the first quarter.

The Heroes ended the first half with a commanding 16-point lead, 32-16, with the help of Ochea and Jerick Cañada.

The Heroes’ tough defense also forced the Voyagers to commit 17 turnovers heading to the bend.

In the second half, the Heroes unleashed an 11-0 run to pad their lead to 25, 63-38 and were never threatened the rest of the way.

The Heroes anchored their win on excellent defense by tallying 11 steals and six blocks.

None from the Voyagers scored in double figures with Peter John De Ocampo and Jethro Sombero, only contributing nine points each.