MANDAUE CITY, Cebu – A Saturday morning fire damaged bicycles that were kept at the second floor stockroom of Hang-out Building that is located in Barangay Ibabao-Estancia in Mandaue City.

Initial report released by the city’s Public Information Office showed that the alarm was reported at about 10:20 a.m. and was placed under control 17 minutes later.

PIO said that the fire gutted the stockroom.

But the cause of the fire and the cost of damage were unavailable as of this writing.

PIO said that personnel from the city’s disaster office and those coming from the fire brigades of Barangays Ibabao, Cubacub, Basak and Banilad helped city firefighters put out the flame. 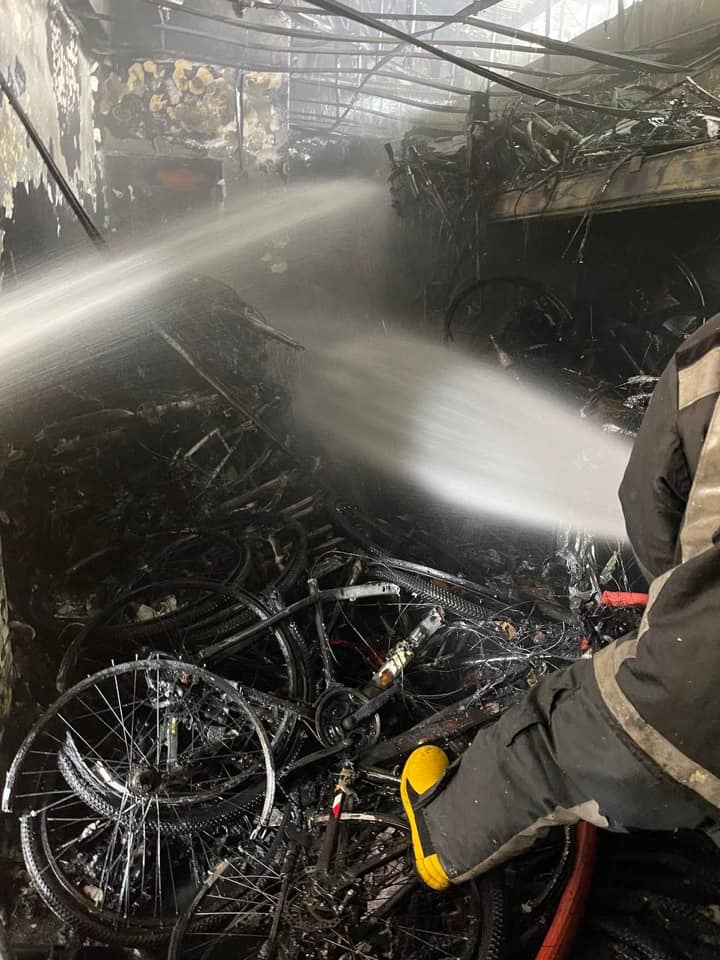 Read Next
Camotes Islands, E. Visayas under Signal No. 1 for #BisingPH