Community pantries pop up in Cebu

Dalaguete, Cebu–This pandemic has inspired so many ordinary people to help others and one example of this are the emergence of community pantries.

When it comes to “Pagtinabangay”—a Cebuano word that means helping each other out in times of need, Cebuanos just get on with it whether it’s a personal or a unified initiative to help. 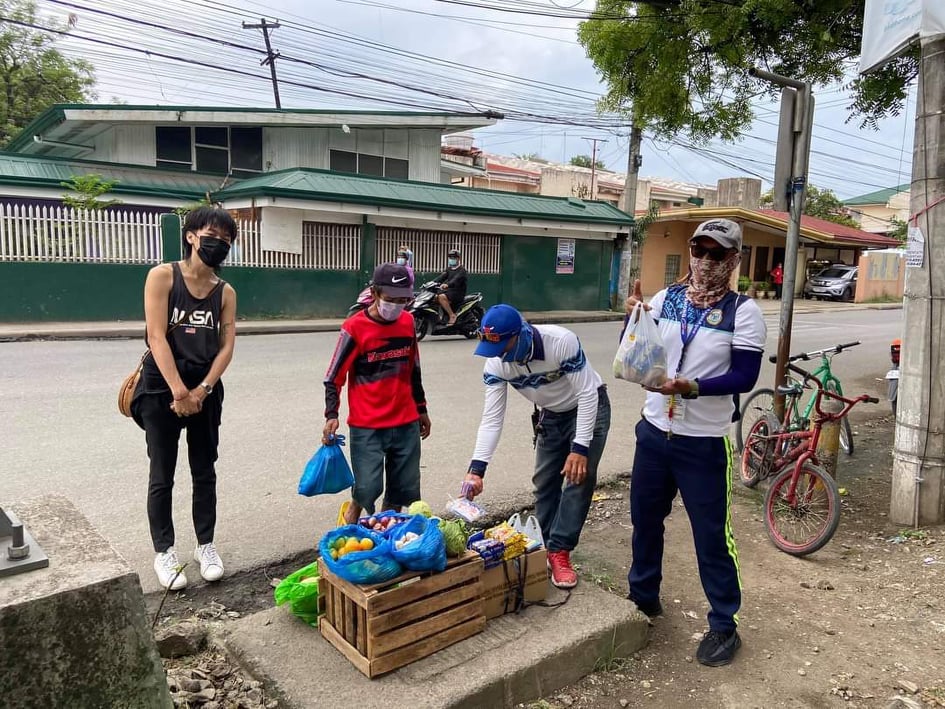 Axel Mina with some residents at the Brgy. Gun-ob pantry 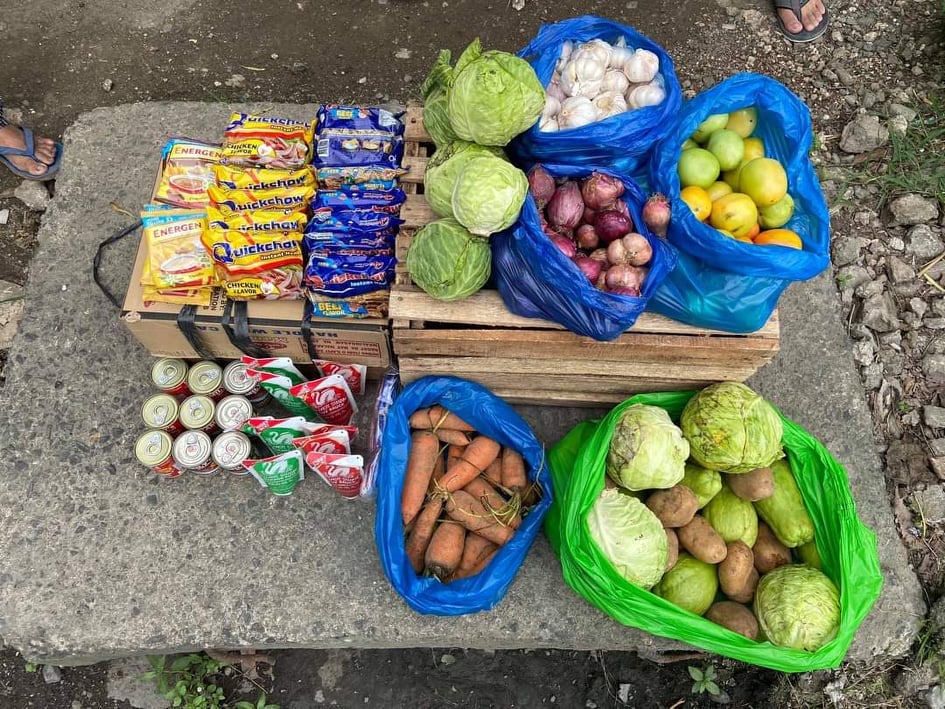 “One word lang, PADAYON! There are people out there who needs help so let’s help as much as we can,”

These were the words of Axel Mina, the organizer of the community pantry in S. Osmeña Street, Barangay Gun-ob, Lapu-Lapu City.

The pantry was inspired by the Maginhawa Community Pantry in Quezon City initiated by Ana Patricia Non.

Mina funded the pantry himself as his personal initiative to help those in their area who really need the goods to get through the day.

“I believe overall the feedback has been very positive since Day 1. I have received inquiries about the pantry and even questions on how they can donate and help. I just hope more people participate. The pantry needs to be refilled and rerolled and we can’t continue to do that without help also,” he added.

As of now, Mina is managing one spot but says he gets inquiries to extend help. Some are also planning to put up their own pantries in the neighbouring barangays.

Bearing the same goal and purpose on mind, these youth organisations in Barangay Guadalupe in Cebu City have also initiated their own community pantry.

This was organised by a non-government youth-led organization One Guadalupe that is composed of Guadalupe and Sugbuanon youth volunteers.

They partnered with the Sangguniang Kabataan (SK) of Guadalupe and the SK Federation of Cebu City. 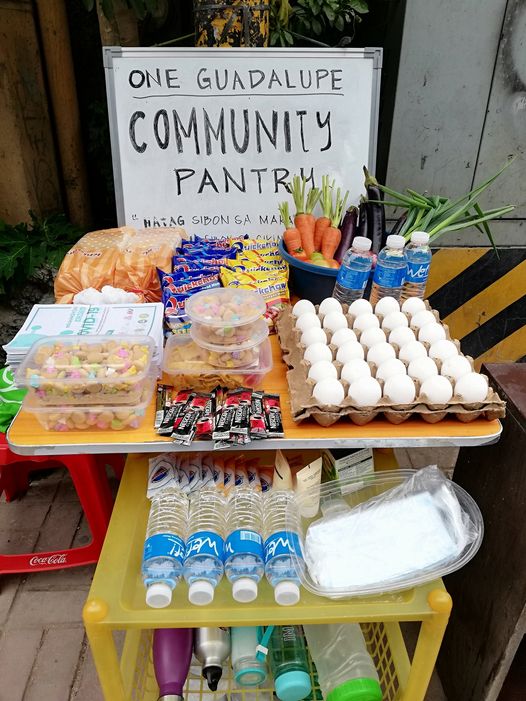 “It came to our discussion to replicate such program since everyone in the team has expressed the need for such considering the status quo, the pandemic, that has brought difficulties, most especially to the poor.

The pantry can be found near the main gate of the Guadalupe church.

Quijada also said that a Cebu-based NGO named SugboCares is planning to have a “Sugbo-wide” community pantry.

SugboCares stands for Calamities Response and Emergency Support—a network of leaders and youth volunteers in Cebu working together to provide outreach initiatives and youth empowerment.

Quijada said they are planning to have five more pantries or “spots” in Guadalupe, the city’s most populous village.

“We have to believe in the community as it can work as collective in addressing issues. In fact, if collective lang gyud, mas maayu pa musulbad ang usa ka komunidad kumpara sa ubang institutions kung magtinabangay lang gyud kini,”