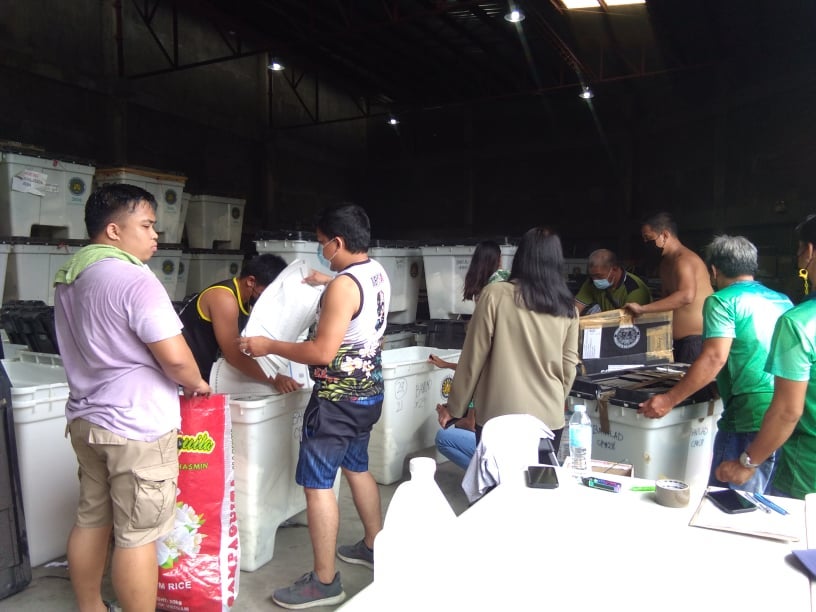 The Mandaue City Treasurer’s Office and Commission on Elections in Mandaue City started their inventory of the ballot boxes in preparation for the May 2022 national elections. CDN Digital photo | Mary Rose Sagarino

MANDAUE CITY, Philippines—The Mandaue City Treasurer’s Office and Commission on Elections (Comelec) in Mandaue City have started their inventory of the ballot boxes in preparation for the May 2022 national elections.

Julia Ballesteros, the assistant city treasurer of Mandaue City, said this is now their third day of doing inventory as they started last Saturday, April 24, 2021.

Jacqueline Reuyon, election assistant, said the inventory will allow Comelec to know how many ballot boxes can be recycled and how many are to be procured for next year’s polls.

Reuyon said based from the COMELEC’s memorandum, only the 2019 ballot boxes will be utilized as it is still new compared to physical conditions of the 2013 and 2016 ballot boxes.

For every four ballot boxes, they have selected one ballot box from among the four boxes that serves as the Storage Ballot Box.

The Storage Ballot Box contains the contents of all four ballot boxes.

However, Reuyon said it depends on how many forms are in the boxes. She said sometimes, they use two storage boxes for every three ballot boxes with so many forms in it.

Reuyon said about 80 percent of the 244 can be recycled.

Ballesteros said they have already opened the ballot boxes of the thirteen barangays and they are only 14 barangays left to be opened.

Reuyon said they were given until May 2021 to finish the inventory.