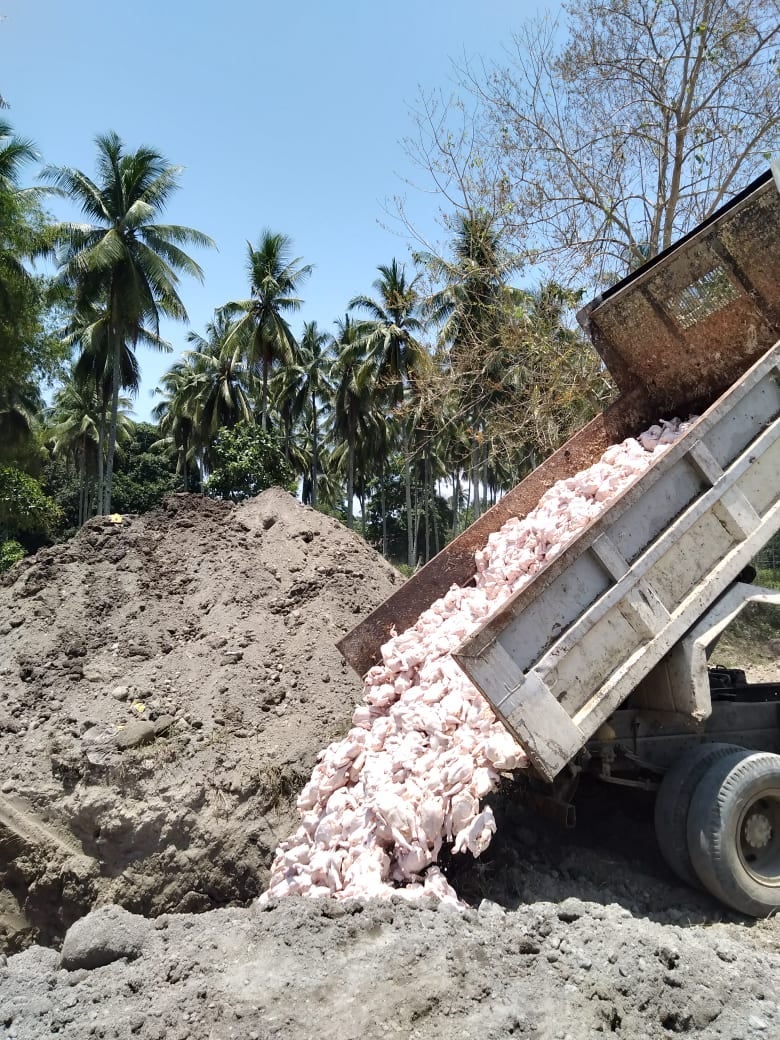 MANDAUE CITY, Cebu — Two truckloads of dressed chicken were disposed through burying on Thursday, April 28, after these were found to be contaminated.

In a report, the National Meat Inspection Service (NMIS) said that the dressed chicken were confiscated from a dressing plant in Central Visayas, but the agency did not mention the plant’s name and its location.

“Deputized Meat Inspection Officer assigned in the said dressing plant, observed and reported the presence of metal particles in the newly harvested, chilled dressed chickens. Tracing the source of the incident, it was found out that the chilled water media used also contained the same metal objects adjacent to the unloader subjected to repair the previous day,” says the NMIS report that was released on Saturday, May 1.

The contaminated chicken were disposed to protect the safety of consumers and to prevent its unauthorized distribution in the market that might endanger the health of those who would be able to eat these chicken.

Republic Act No. 10611 also known as the Food Safety Act of 2013 “gives high emphasis on the assurance that food will not cause harm to the consumer when it is prepared or eaten according to its intended use.”

“Hence, safety of meat must not be compromised.”

The NMIS report said that the “identified affected items were hauled and delivered to the disposal site where these products were buried and documented.”