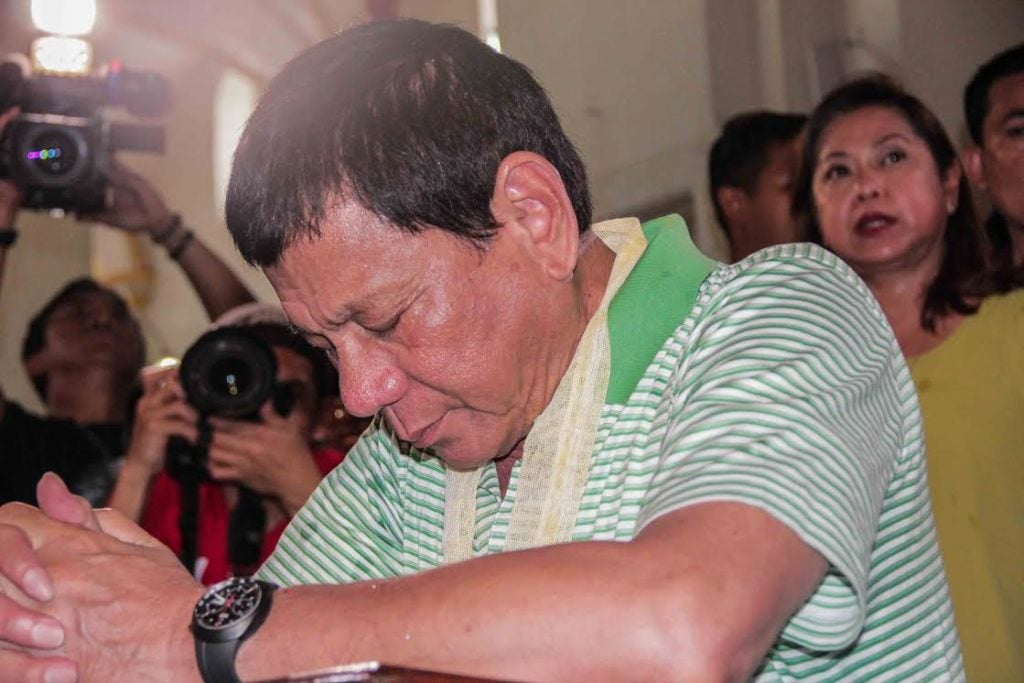 Presidential spokesperson Harry Roque was responding to the rebukes of Carpio and Del Rosario on the President’s latest remarks on the maritime dispute.

READ: ‘If you’re bright, why did we lose the West Philippine Sea?’ – Duterte to Carpio, Del Rosario

Carpio called on the public to rouse Duterte from his “deep sleep” by reminding him that the Philippines is the sole owner of the resources within its 370-kilometer exclusive economic zone (EEZ).

Meanwhile, Del Rosario urged Duterte to do his “utmost to protect the West Philippine Sea and to be most wary of China’s duplicity.”

Roque told them that they should stop their “illegal, impractical, and irresponsible” remarks on the maritime dispute as they are “not helping our country.”

“They should stop misleading and endangering our people with illegal, impractical, and irresponsible statements. They should leave international relations to the one who has the foresight, information, and constitutional mandate to make sound foreign policy decisions,” Roque said in a statement.

“They should let the President Rodrigo Roa Duterte pursue his careful, calibrated, and calculated foreign policy to its ultimate success,” he added.

Roque insisted that Carpio and Del Rosario were wrong in asking the President “adopt hardline all or nothing” policies since these often “get nothing at all or even end up provoking war.”

“This is exactly what the President is avoiding. Because all or nothing policies are not only inconsistent with international law and international reality—they are dangerous and they will not work,” he said.

The Palace official also pointed out that Duterte has “never renounced our claims and entitlements” in the West Philippine Sea but knows that the Philippines “must pursue its claims by legal and diplomatic means.”

“We must lay the basis for negotiation, by building a relationship of mutual trust and confidence, and without engaging in name-calling and brinkmanship,” he added.

Read Next
Pacers make history in 152-95 whipping of Thunder