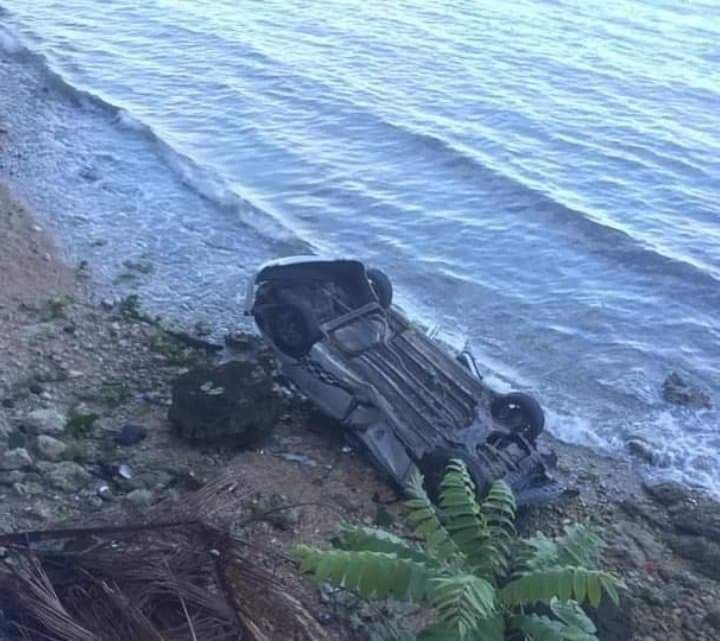 CEBU CITY, Philippines – Seven individuals were injured after their service vehicle fell into a ravine in Sitio Tumandok, Barangay Legaspi in Alegria town early on Wednesday morning, May 5.

All of the seven individuals were admitted to the MJ Cuenco Memorial Hospital in Malabuyoc town.

Ferrer, who was the driver of the white Hyundai Sedan, is from Barangay Bonbon in Samboan town while his passengers were from Barangay Poblacion in the same town, a report from the Alegria Police Station show.

Police said that at about 6:15 a.m. on Wednesday, Ferrer was driving the vehicle that is registered to a certain Vifecharie Bilonguel of Purok Kawayan, Barangay Poblacion in Oslob.

They came from Moalboal town and were headed home to Samboan town.

While he was driving on a blind curve located in the vicinity of Sitio Tumandok, Ferrer hit a concrete barrier which caused the vehicle to fall into a roadside ravine and land on the shoreline.

Police said they continue to investigate the cause of the accident while they also look into the possibility that Ferrer was drunk. / dcb Read Next
In Cebu City, 83 charged in April for unpaid traffic fines